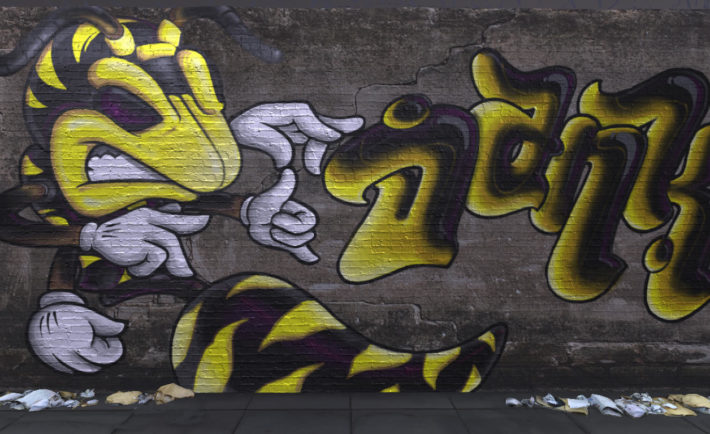 There are countries in the world where painting graffiti outside designated areas will get you in serious trouble. Yet, this urban art form has its numerous fans across the globe. In the exact opposite case of Singapore, where caning and jail sentence are a possibility, Croatia renamed the railway bridge into ‘Hendrix Bridge’, based on the graffiti that enthusiasts drew on the middle of the bridge, some 25 maters / 60 feet above the river.

Thanks to King Spray, all graffiti enthusiasts will now get a chance to test their skills in the safety and creativity of Virtual Reality. Graffiti Simulator launches next week on Steam and takes the level of creativity we saw in Google’s Tilt Brush to a whole another level.

By using HTC Vive and Steam VR, players can create amazing graffiti that you can save and share through social media and manufacturers own website. Available on Apple’s Mac OS, Linux and Microsoft Windows, we’re quite certain we’ll start to see hundreds if not thousands of videos and images of amazing graffiti being created in a virtual world. Perhaps we will even see recreations of legendary urban art in Virtual Reality, as King Spray adds more scenes.

For now, you can take a look at the gallery of most attractive art that came out of alpha / beta versions of the game, all made by the community behind the game. While it is too early to judge who will win the war of VR platforms, one cannot escape the feeling that for now, HTC Vive holds a substantial advantage over Oculus Rift, something that might start to change once the half-moon controllers hit the market. Level of creativity achieved by Tilt Brush and Graffiti Simulator simply requires VR controller, rather than a ‘two dimensional’ Xbox One controller. Who knows, perhaps we will see King Spray becoming a Virtual Reality version of Deviant Art.

For comparison how far King Spray came through, take a look at Google’s Tilt Brush and compare it with Graffiti Simulator: