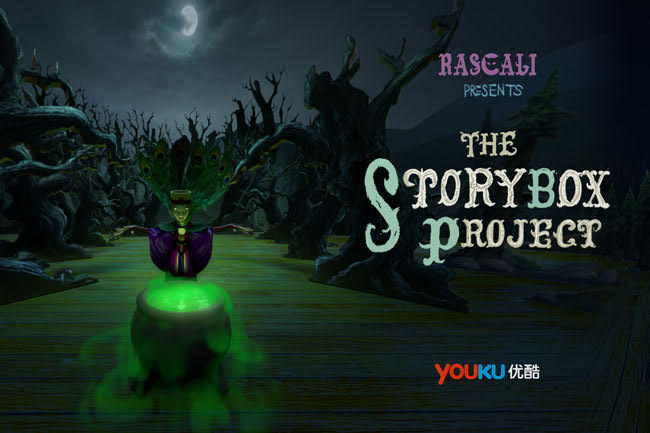 Regardless of where you grew up, chances are you listened to children fairy tales from Europe. “The Three Little Pigs”, “The Tortoise and the Hare” and many others are stories that were a non-miss of the childhood throughout the modern history. Thanks to Rascali, a spin-off from the Hollywood studio Reload Studios – fairy tales are coming to Virtual Reality.

After Rascali collected $4 million for its “World War Toons” cartoon (cell shaded) multiplayer VR action game, the company is focusing on launching two new VR projects, Storybox and Raven. In order to bring these new VR experiences to market, Rascali teamed up with Youku Tudou and will be bringing Storybox and Raven onto the Youku VR platform. This should make the title available throughout mainland China, as well as in the western world.

“Aligning with an online video leader like Youku Tudou brings us closer to our vision of becoming a premium content studio in the global VR marketplace,” said Phillip Moses, head of Rascali. “These trailers are just the tip of the iceberg, and we look forward to expanded partnerships with additional production/distribution partners to further develop this next generation of episodic programming.”

There is a sense of delight and relief as Chinese firms are penetrating Hollywood. Perhaps the brightest example is TCL (owner of Alcatel smartphone brand), who bought Chinese Theater and renamed it into TCL Chinese Theater. In a more recent development, Legendary Entertainment is no longer a combination of American and Emirati capital, as the new owner is Wanda Group from China.

“When we launched our new Youku VR platform, we wanted to have examples of compelling content that showcase the potential for episodic programming in virtual reality.” said Ryan Cheung, Vice President of Finance of Youku Tudou. “We turned to Rascali because we knew that they had the experience to bring Hollywood caliber production quality and storytelling to VR projects.”

The first two project are sci-fi saga Raven, where a viewer follow a team of astronauts in their quest to find a new home, after humans managed to turn the Earth into a uninhabitable surrounding. If there ever was a story that targets younger audience and teaches them about the dangers of global warming, you’re referring to Raven.

Second project is The Storybox Project, animated VR servies that will bring a number of “whimsical fairy tales” with a lighthearted comic angle:

These VR experiences are coming to market in the upcoming weeks.