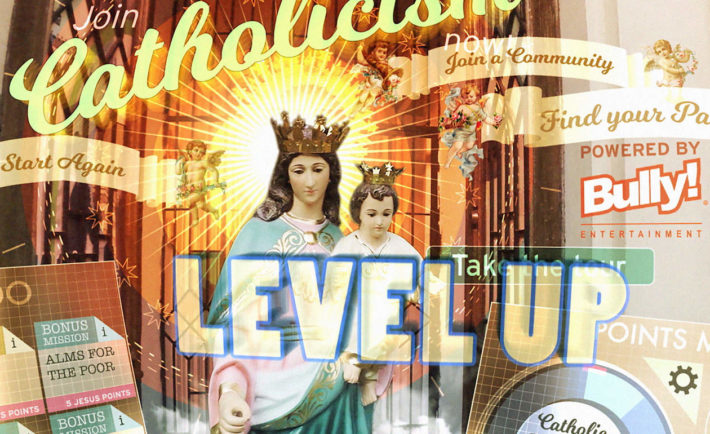 With the dawn of digital realities overlapping the real world, there are more and more artistic and industrial concepts on how the future is going to look like. While at the first look the future seen through the new augmented reality glasses – might look scary, it is worth noting that people from the 1960s would probably call our everyday lives – out of this world.

Japan is often seen on the forefront of new technologies, regardless of are we talking about weblogs or blogs, phones with cameras, gaming consoles or public transportation system. Before everything, Japan is a country that mixes old and new in the most spectacular ways, and is one of countries I personally love the most. Getting back on track, we stumbled onto an art piece, or a vision from the future from Keiichi Matsuda. Keiichi is a conceptual artist that creates visions for select clients worldwide, including haute couture brands such as Bvlgari and Veuve Clicquot to technology companies such as Microsoft, Nokia or Sony. He resides in London and has just treated us with a vision of the digital future which you may find awesome or confusing;

This six minute video shows you how immersive the world that mixes digital assets with real-world physics. In a way, this is what companies such as Motion Leap are targeting, and if you feel that this is some concept that will never see the light of day – check the future of flying with the next-gen Air Traffic Control (ATC) from Glass Aero:

While the first video is a concept, second video is a technology which is currently being tested. With the advancements of operating systems with native VR support, such as Google’s Android N and their Daydream initiative – mixed reality is moving one step closer to reality.