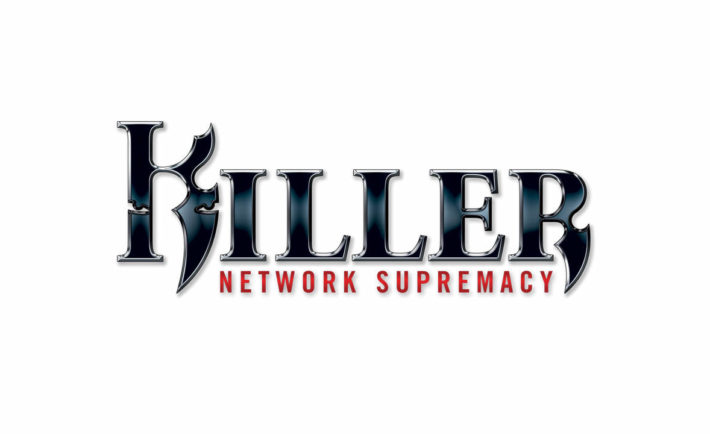 Killer Networking technology is on the rise. Now under the careful guidance of the original founders, the company is focused on increasing their footprint on the market through the motherboard

One of mistakes original Killer Networks did was focusing solely on high-end market segment, requiring a $300 investment in what was becoming a commodity technology. We extensively detailed the rebirth of Killer networking products in an interview with Michael Cubbage, co-founder and CEO of Rivet Networks. The new focus of the network technology isn’t competing against existing network NICs and PHYs, but rather to bring a complete solution that can improve the performance over what can only be considered as generic networking experience.

“MC: A lot of problems with standard networking products are related to those products only focusing on max-throughput instead of the user experience.  Killer products have great throughput, but providing a great user experience is our #1 goal.  And this reflects our product philosophy. We received feedback from our partners and the key move was to bring the price down and simplicity up. We listened to them, stopped selling discrete networking cards and worked with Qualcomm to create a 5×5 millimeter piece of silicon for Killer Ethernet and a standard M.2 Wi-Fi module for Killer Wireless.  By mixing excellent hardware with excellent software we were able to deliver a high performance product at the right price, put all the technology and functionality into the onboard chip and worked with our partners to design it into motherboards and notebooks.”

After year or so at work, Rivet Networks managed to start winning multiple designs in different form factors. While some were expected – such as high-end gaming notebooks from Alienware and MSI, high-end motherboards from all the major manufacturers, the technology still was not available to the widest market.

That changed after entering into a collaboration with ASRock, a manufacturer of premium and value added motherboards that targets the larger audience. Over the past several months, ASRock introduced Killer technology across the product stack, going from standard high-end chipsets such as AMD’s 990FX and Intel’s X99 and Z170 to more mainstream products. Pairing the Killer technology with the B150 chipset (where Intel heavily subsidizes the Gigabit Ethernet) was a major breakthrough for the company. Today, ASRock ships Killer GbE in all of its contemporary “Fatal1ty” gaming products, and is looking to expand that onto the mainstream line-up as well.

There are three products which we are highlighting today, all of which are being given to our lucky three readers. 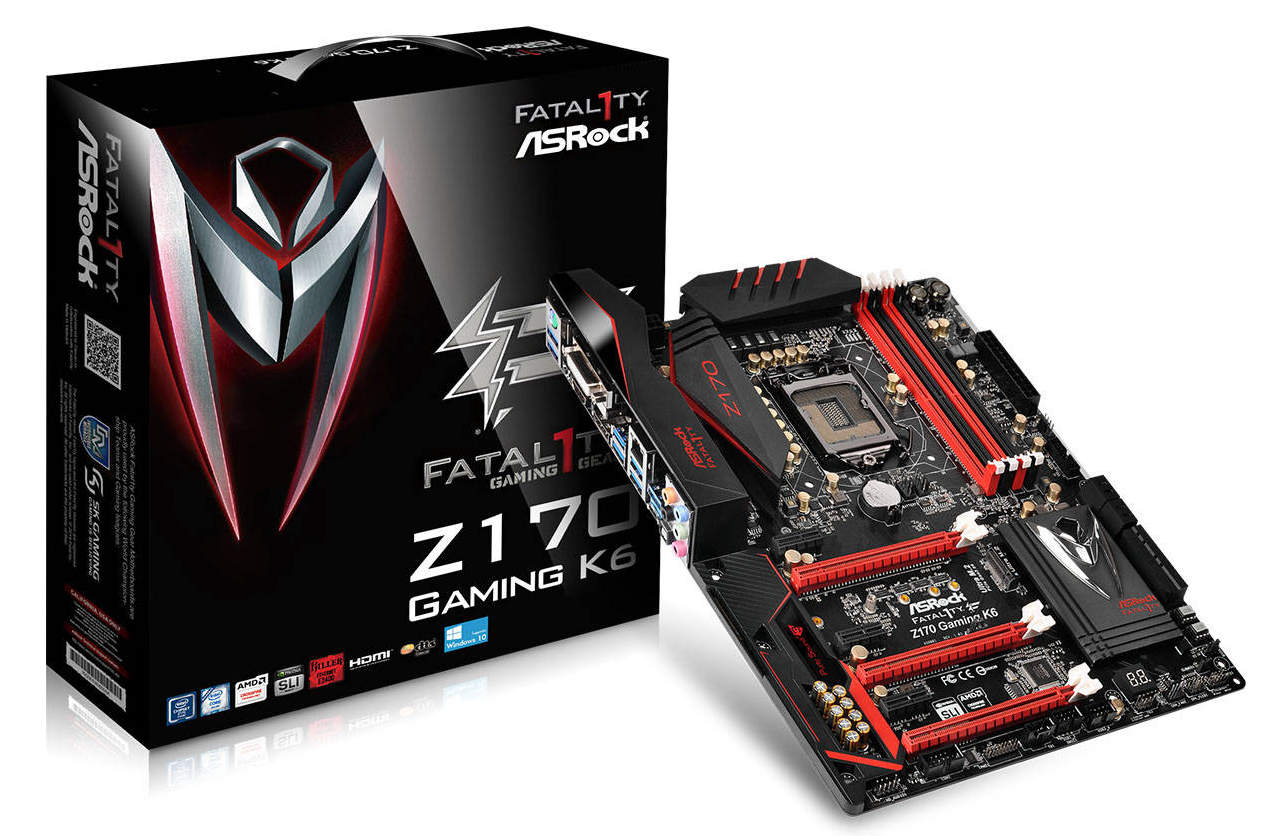 Main award in our today’s giveaway, the Fatal1ty Z170 Gaming K6 mainboard is based on Intel’s Z170 chipset. If you want to overclock your processor, you’ll be happy to know that the board features a 12-phase Digital PWM capable of delivering over 300W into the CPU itself.

Three PCIe slots enable a Tri-GPU setup, even though you’re most likely to benefit from a combination of graphics cards and fast PCIe-based SSD drives. The board retails for $184.99 on Newegg and comes with a $10.00 mail-in rebate. Or free, if you participate in our giveaway. 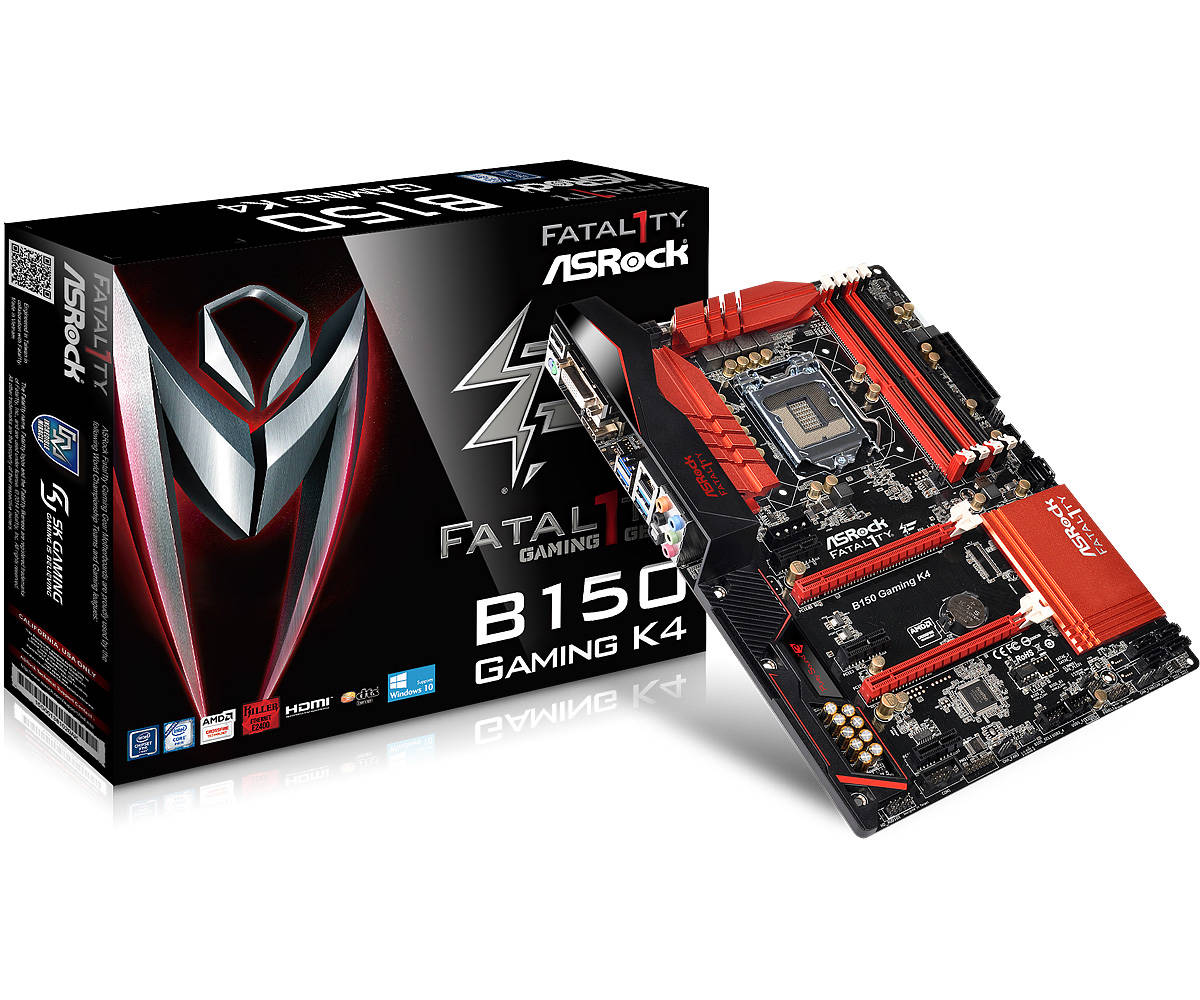 If you’re looking to build a gaming system on a budget and want to achieve good performance, a product based on Intel’s B150 value chipset might be a way to go. The ASRock Fatal1ty B150 Gaming K4 mainboard is a perfect companion for Core Skylake-based i5 processor, AMD Radeon RX480 8GB or you can award yourself with a GeForce GTX 1070 (saving $100 on a mainboard, $100 on a CPU can bridge the gap to high-end products). If graphics is not the focus, the savings alone can bring a good Intel Series 750 SSD or more memory -possibilities are everywhere. 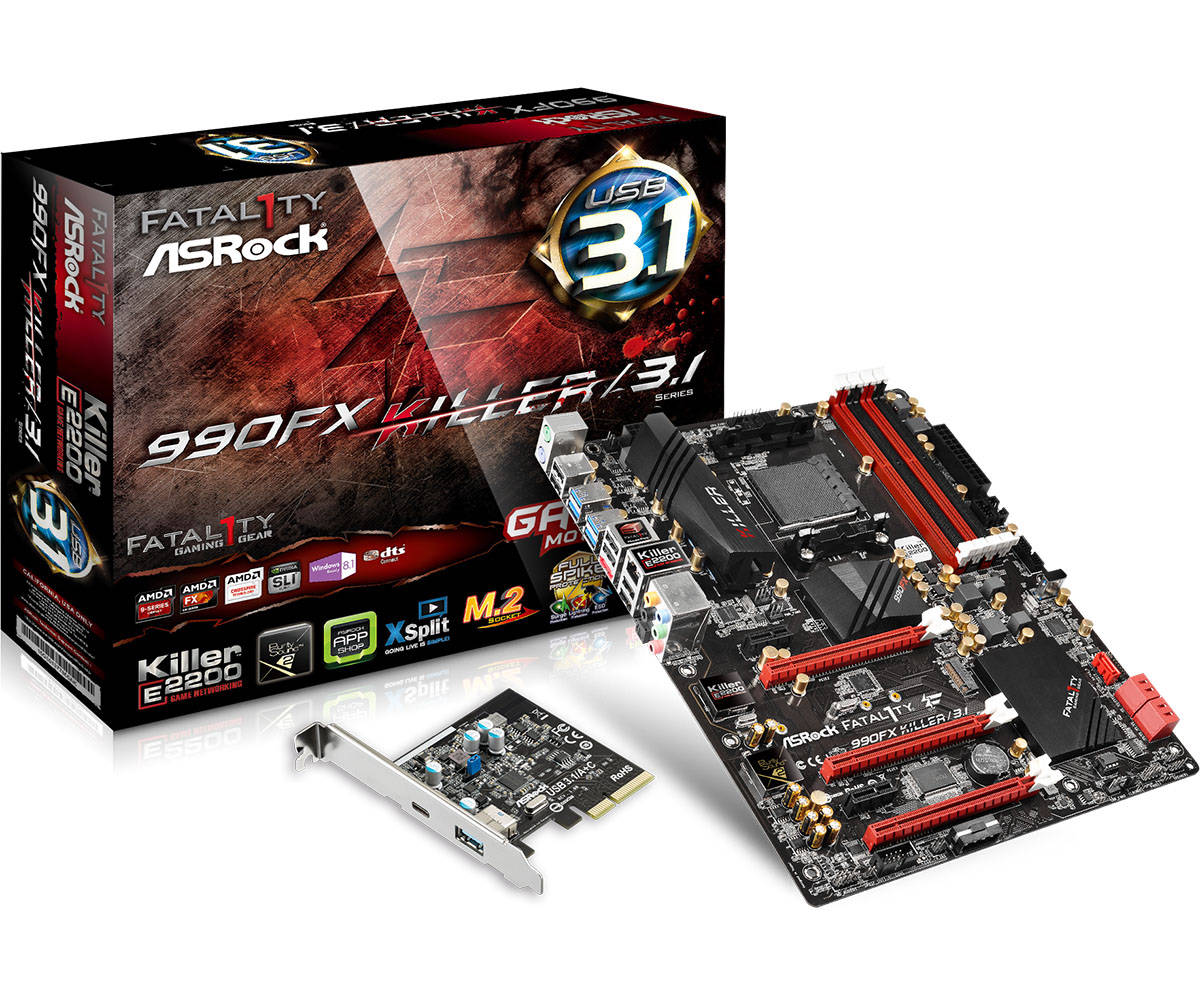 990FX chipset is a flagship of AMD’s platform for several years now, and manufacturers such as ASRock made sure the platform always had the latest features available, such as M.2 SSD-compatible socket, USB 3.1, as well as enable a good multi-GPU, multi-NVMe friendly amount of PCIe slots. The ASRock Fatal1ty 990FX Killer is probably the right ticket for an FX processor, which now come with a Wraith silent heatsink.

Probably the best people to explain the video are gaming professionals, more commonly referred to as eSports athletes. For this giveaway, we got in touch with Sheila a.k.a. PterodactylFTW from Team Dignitas, one of largest eSports teams out there. The Fatal1ty Z170-based board will complement her AMD Radeon graphics card, even though users of Nvidia GeForce cards aren’t going to be left behind.

If you want to win one of the three products we’re giving out today, the rules are quite simple.

This promotional giveaway is in no way sponsored, endorsed or administered by, or associated with Facebook, Twitter or Google / YouTube. By entering this contest, You understand that you are providing your information to Rivet Networks and VR World, and not to any social media company listed above. The information you provide will only be used for selecting and contacting the winners.

We wish you good luck in the competition.