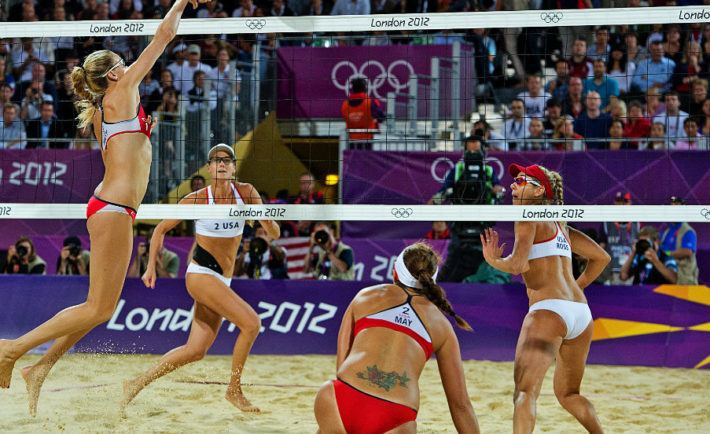 August 5, 2016 is the opening date for the 31st Summer Olympic Games. Taking place in Rio de Janeiro, Brazil, the “Rio Olympics” will mark a major technological breakthrough, by changing the number of channels offered to the broadcasters and ultimately, the global audience.

The opening event will be broadcast in Full HD, 8K “Super-Hi Vision” and Virtual Reality (i.e. 360 degree stereoscopic video). Regardless of the format, the Olympics will be shot and reformatted using HDR (High Dynamic Range). Sadly, 8K Super-Hi Vision is only limited to Japan, while the regular TV viewers will only get 1080p, Full HD video. Owners of VR glasses will be able to watch the broadcast shot with professional-grade VR cameras provided by Olympics Broadcasting Service i.e. OBS. Sadly, no word about the 4K.

“The world’s greatest sporting event is always a showcase for cutting edge technology, and we’re thrilled to partner with Samsung and OBS to bring our viewers even closer to compelling Olympic action with virtual reality,” said Gary Zenkel, President, NBC Olympics. “Olympic fans can be transported to iconic venues such as Maracana Stadium for an unprecedented view of the Opening Ceremony, and Copacabana Beach for an immersive beach volleyball experience in the sport’s ultimate setting.”

“VR technology carries incredible potential for the sport broadcast industry, offering a truly immersive user experience. Our first test in Lillehammer, together with Samsung, for the Winter Youth Olympic Games was highly successful and we look forward to further exploring this exciting technology with NBC in Rio,” said Yiannis Exarchos, CEO, OBS. “VR has the power to enable hundreds of millions of people around the world to have a real sense of presence and participation in the most universal celebration of humanity, which is the Olympic Games.”

NBC committed to broadcasting no less than 85 hours of Olympics coverage in Virtual Reality (yes, we know it’s a 360-degree stereoscopic video) with its technology partner Samsung Electronics. This will go alongside its conventional Full HD coverage on TV and through NBC Olympics streaming service. VR content will be available on special section of NBC Olympics service and on Samsung VR, their in-house distribution app for Android (formerly known as Milk VR).

Virtual Reality movement is achieving something that no other medium experienced (remember 3D glasses?), with a plethora of content – from streaming soccer / football matches and Formula E races, thanks to companies such as Virtually Live – to immersive games and experiences for both hardcore and casual consumers. Adding Olympics to the mix just opens another experience to the early adopters.

We will follow the Olympics through NBC and check to see just how immersive the Summer Olympics are.