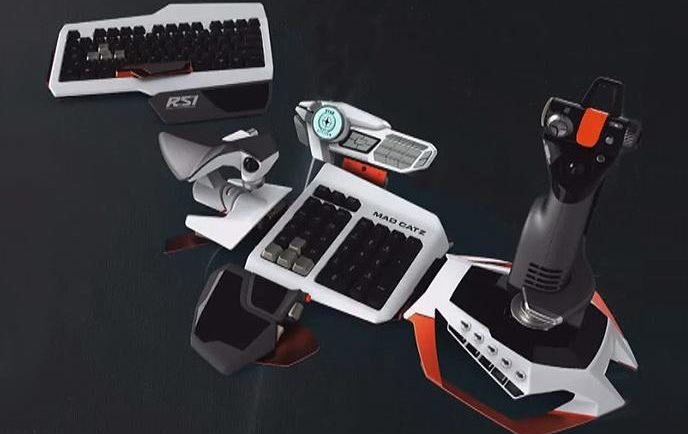 Peripherals manufacturer Logitech recently announced the acquisition of Saitek brand and Saitek’s line of controller products. Logitech announced the news in a blog post, calling it an “exciting day for Logitech” and heralding Saitek as the “go-to” source for fans of spacefaring and simulation-style games such as Elite Dangerous, Eve Valkyrie, Star Citizen, Microsoft Flight Simulator and Farm Simulator.

Logitech acquired Saitek from Mad Catz for mere $13 million in cash, leaving even more questions about the stability of Saitek’s previous owner, Mad Catz. The future of Saitek’s long-awaited, custom controller for Chris Roberts’ upcoming game, Star Citizen is also in question. In 2007, Mad Catz purchased U.K.-based Saitek for $30 million. The company went on to produce its two most popular devices, the X-52 in 2008 and the X-55 in 2014. While the X-52 is considered by many to be the gold standard for spacefaring games (it’s been modeled into the in-game cockpits in Elite: Dangerous since that game’s inception), the X-55 has remained popular with hardcore fans of terrestrial flight simulators.

“Simulation games are cool and getting cooler. Whether you’re into driving, flying or exploring space, there are fresh new titles available and more to come.” said Ujesh Desai, Vice President Logitech Gaming. “Some of these titles are even VR enabled and we believe that dedicated controllers will stimulate and enhance the total VR experience.”

Logitech is well known and trusted brand, they are lead company regarding wireless peripherals, question is will they be the new big thing in the VR accessories, and will they try to implement their wireless technology in that said products. They said they have a vision, vision to take this products further and faster, now we only have to wait and see their next move and see how well will Saitek be integrated in their Logitech G lineup.