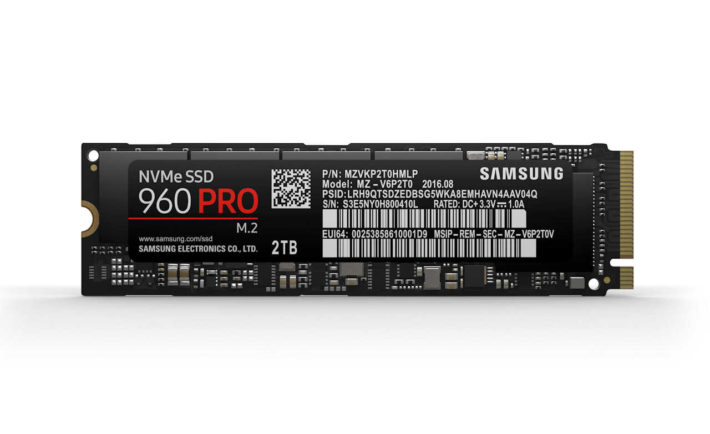 At the Samsung’s SSD Global Summit in South Korea, the company officially unveiled their next generation SSDs. All the models launched use the M.2 connector based around the NVMe (PCI Express SSD) standard. The new 960 PRO SSD is the successor to the 950 PRO, launched at last year’s Global Summit as Samsung’s first M.2 PCIe SSD for the retail market. The new 960 EVO introduces a more affordable option based on TLC NAND flash.

Earlier this year, Samsung released the SM961 and PM961, a new generation of OEM M.2 PCIe SSDs. These brought V-NAND to the OEM side of the family and introduced a new Samsung “Polaris” SSD controller that allowed for substantial performance improvements. Availability of the SM961 and PM961 through unofficial retail distributors was and still is extremely limited, but given their performance, in very high demand. In order to avoid the grey market and price markups, the 960 PRO and 960 EVO are being launched as the official answer.

Samsung’s Polaris SSD controller is a five-core chip, compared to the three-core design of the UBX controller used by the 950 PRO. One of the 5 cores on the Polaris controller is dedicated for host communication, while the remaining four cores are used for flash management. Samsung has also taken several measures to reduce the incidence of thermal throttling with the 960s, resulting in the 960 PRO lasting 50% longer before throttling on a sequential read test, and due to the increased performance, it transfers a bit more than twice the data before throttling. The biggest improvement comes from increased power efficiency, but also because the 960 PRO and EVO include a heat spreader of sorts on the back side. What is not visible in the official photos is the fact that the sticker servers as a heatsink of sorts, as a thin layer of copper was added underneath the adhesive label. Samsung’s engineers estimated that this sticker accounts for about 30% of the improved thermal performance.