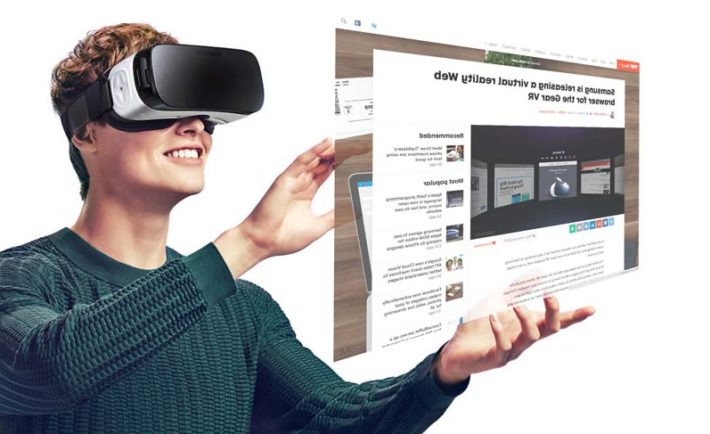 While Virtual Reality is an exciting new technology, it didn’t “BOOM” quite as it was expected to, mostly due to lack of innovative content which is expected in the fourth quarter of this year, as well as into the 2017 – look for Hollywood franchise tie-ins as VR experience centers roll out, such as the collaboration between Acer, IMAX and Starbreeze. As a technology, VR is certainly a revolutionary innovation, but it probably won’t become as mass-adopted as smartphones, for example. VR is here, and it has already started its quest to revolutionize entertainment as we know it. And it will have its effects on all of its forms, most likely in the long run.

When I first saw the trailer for No Man’s Sky, I knew that it will be a game I want to play in the VR. Exploring the universe is amazing on a screen, but actually being inside the cockpit of a planet-jumping spacecraft, and exploring an endless galaxy of alien worlds would be perfect in virtual reality. While the initial release disappointed us, we need to see what will come up with the VR version, which is now being touted as a version “that will fix the game”. Forbes contributor Paul Tassi agrees, considering that the game should not only be “available for” PSVR, but be bundled with it. He considers the game to possibly be an amazing VR experience – provided the developers do it right.

While No Man’s Sky disappointed in its initial release, titles such as Everest VR for HTC Vive, The Climb for Oculus Rift, or Robinson: The Journey for PlayStation VR are quite intense. For space faring gang, Elite Dangerous and EVE: Valkyrie are something you need to experience.

Imagine putting on your headset and stepping into the world of Las Vegas, Macau or Singapore’s famed Marina Bay Sands in an instant. Just that it wouldn’t be one of popular franchises, but there are gambling destination that you can already access using your PC and smartphone from any part of the world. Imagine exploring the endless floors of the Casino, filled with all the slots you can think of (true to its name). While this may seem odd to hard core ‘technologistas’ – the fact of the matter is that hundreds of millions of mainstream consumers require a different approach to explain what VR can do for their lives.

Imagine not only clicking and tapping, but actually interacting with the gaming tables, and – why not – other players roaming the All Slots Casino’s floors. Imagine actually throwing the dice at the craps table, actually placing the chips in roulette, and pulling the lever of your favorite one-armed bandit to spin the reels. All this – and more – is possible in virtual environment. Microgaming, the developers providing its collection of games, showcased the first true virtual reality casino at last year’s ICE Totally Gaming. While the technology hasn’t gone mainstream just yet, so there’s no way VR headset owners can try it at this point, but you can expect it to slowly make its way into the everyday life as an alternative to actually traveling to play your favorite slot game. And it should be awesome, both in Mobile VR version (which is waiting on Google’s Daydream VR platform), or high-resolution version for the popular VR headsets from HTC and Oculus.

Luke Aikins did what nobody thought was possible: he jumped out of a plane and fell 25,000 ft without a parachute, just to land in the middle of a safety net. I don’t think there are many of us with balls big enough to do it – but VR could help us experience how it is like without leaving the house. Who knows, perhaps it can yield the same effect as GoPro made when their cameras started to be used by extreme athletes, heavily sponsored by an energy drink maker Red Bull. Rise of GoPro and Red Bull went hand in hand, mobile music and iPhone made smartphones an ubiquitous computing platform – and the question remains who will be the flag bearer for VR. Is it a boost for “adrenaline junkies”, casual gamers, social games, hard core games? Only time will tell.

VR opens up many possibilities in front of thrill-seekers and explorers without the possibilities to experience such feats first-hand. Soon it could open up a new world of digital entertainment, allowing people to see the world in ways we wouldn’t have thought possible just a few years ago.