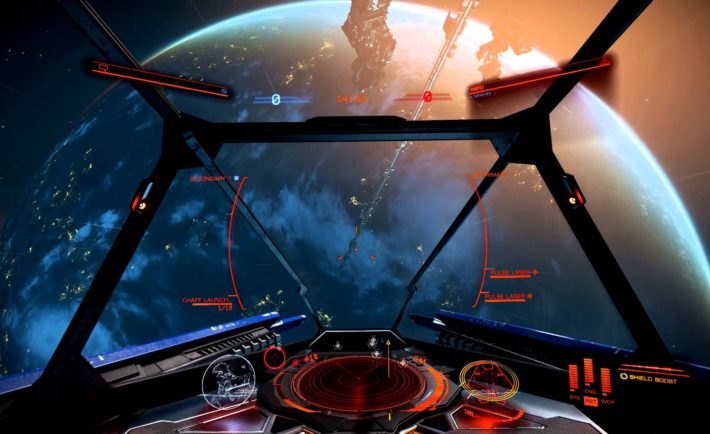 Slowly but certainly, everyone is getting on the VR train, even if in name only. Legendary peripheral maker Thrustmaster, decided to bundle up their T.16000M joystick with Elite Dangerous Arena pack, and we’re hearing this is not the only new “experience VR” product coming to the market.

This joystick comes with 16 action buttons, four independent axes including a rudder controlled by rotating the stick, an ergonomic trigger, a multi-directional hat, a wide hand rest and a weighted base. In addition to efficiency and accuracy, it also offers ideal comfort, thanks to its unique design. For full customization, T.16000M owners should install T.A.R.G.E.T (Thrustmaster Advanced pRogramming Graphical EdiTor) software, which enables players to combine multiple products from the Thrustmaster Flight Sim ecosystem – recognized them as a single device on which game-specific mappings can be configured. 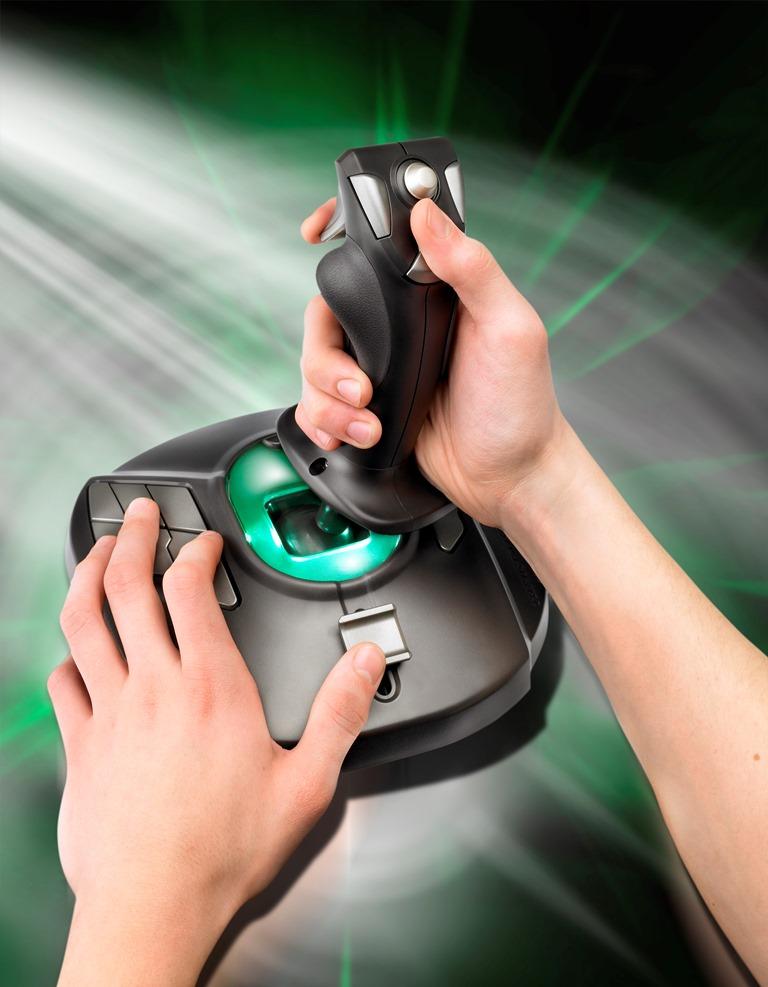 T16000M joystick comes with Elite Dangerous Arena, a first-person PvP space fighting simulator. It is a spin-off from Elite Dangerous, the space exploration game which won numerous awards this year. The game comes with three modes of playe: deathmach, free-for-all and capture fly. Although you can only play team-deathmach (because we couldn’t seem to find another match in other two modes) I think that the game is fun, especially in VR. I believe that game developers will also add some new game mods, such as escort type of mission. Perhaps, developers could add some AI to make the battle seem more astonishing like in the original game.

Elite Dangerous Arena is still in early stages of launch, as we there are only four ships available. Plus side of that having only four ships brings the number of customizations and different combinations to insane levels. Personally, the best part of the game is the cockpit. It just looks amazing, as the graphics is cranked to the max. Sound is another tick where developers get their praise. immersive thing, you can see that only by listening to your engine after an upgrade.

Now, after few words about this joystick and game there comes the question of price. The joystick is rather affordable as for all the functionality offered, the price of $59.99 (with the game bundle) is nothing major.