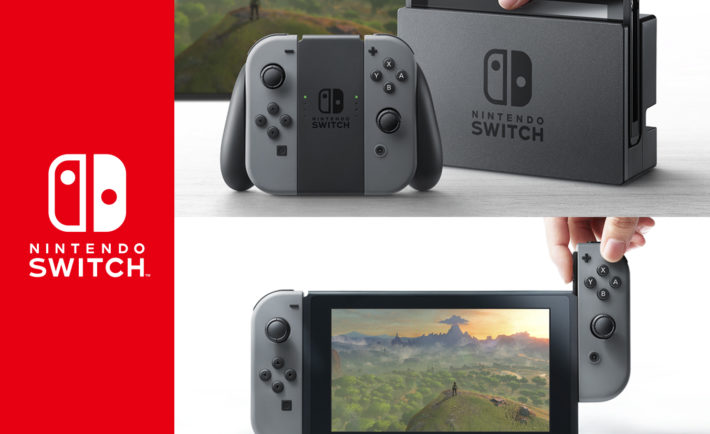 Today, Nintendo unveiled their next generation console, more known under the codename “NX”. The rumors of NVIDIA’s involvement turned very much true, as Tegra SoC was the only mobile processor deemed to have enough graphics horsepower to fulfill Nintendo’s mission of “gaming everywhere”.

All we can say is watch the three-and-half minute video, enjoy in every second of it. In my personal view, Nintendo has done it again:

This tablet-console-mobile gaming enables you to play high-resolution (even in Ultra HD quality thanks to upscaling) games on the TV, or on the go as a gaming ‘tablet’. Perhaps the key to Nintendo’s Switch is the logo, which symbolizes two gaming controllers which can be used in unison, or given to each player to play against each other. Fantastic concept which brings gaming on a single screen to life, which at the end of the day is what consoles are all about. Hardware specifications will be a closely guarded secret, but this is what the company could disclose on their blog:

“Nintendo Switch is powered by the performance of the custom Tegra processor. The high-efficiency scalable processor includes an NVIDIA GPU based on the same architecture as the world’s top-performing GeForce gaming graphics cards.

The game console/tablet is coming out in March 2017, and we could argue it will probably end up being the best selling gaming product Nintendo has brought to the market. It combines Gameboy with the Wii, and this just might be what everyone needs. To play Zelda, or Bethesda’s The Elder Scrolls – Super Mario and others wherever you go… sometimes, dreams do come true.