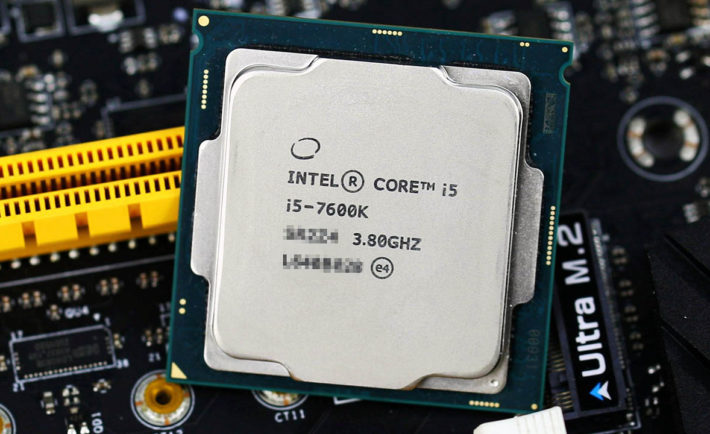 On April 19, 1965, in anniversary issue of Electronics magazine, director of research and development at Fairchild Semiconductor, Gordon E. Moore had a short article named “Cramming more components onto integrated circuits”. There he has presented his views on the future of semiconductor components industry. In essence, an observation expressed in this article was later popularized as “Moore’s Law” (Number of transistors on a microprocessor chip will double approximately every two years).

Moore’s Law has held the line for many years and only in 2015 Intel stated that the pace of advancement has slowed. Now a second, much less quoted Moore’s law, comes to the fore. “The cost of a semiconductor chip fabrication plant doubles every four years.” Brian Krzanich, Intel’s CEO, announced that “Our cadence today is closer to two and a half years than two.” “Tick-Tock,” a two year chip development methodology was abandoned and new, three years “Process-Architecture-Optimization” system was announced. 7th generation of the Core family, Kaby Lake, will be the first “Optimization” stage in new development system, and also the last in 14 nanometer process.

Until now it was not clear if Kaby Lake will be supported on the current 100 series motherboards. Gigabyte, one of leading motherboard manufacturers worldwide, decided to clear things. They officially announced support for Kaby Lake processors. Compatibility applies for the entire line-up of Z170, H170, B150 and H110 and that by a simple BIOS update. Compatibility have been tested and validated by Gigabyte engineers so everything should go through without a hitch. Beside Q-Flash, a Gigabyte’s classic way to flash a BIOS from a USB drive, A Q-Flash Plus USB port on flagship motherboards such as the Z170X-Gaming G1, offers the possibility to do it without the need to have the CPU or memory installed.

The upcoming Kaby Lake desktop line-up consists out of the following models:

Pentium is Dual-Core, Core i3 is Dual-Core with HyperThreading, Core i5 is a standard Quad-Core, while i7 is a Quad-Core with HyperThreading. T marks the low-power 35W option, while K is the unlocked model. Top of the range processor goes by the name 7700K, clocked at 4.2 GHz (5% more than Skylake) with the Turbo mode set at 4.5 GHz. This processor also brings additional 5% jump in price when compared to Skylake.

Next manufacturing process should be the 10nm process, with Cannonlake and Coffee Lake (14nm again), which are supposed to share the same architecture – with the only difference being the process node and the amount of cores. The Cannonlake / Coffee Lake should be replaced with Ice Lake and Tiger Lake processors in 2019 and 2020 timeframe. All in all, it’s a bit troublesome to see Samsung coming with next-generation Snapdragon and Exynos chipsets manufactured in 10nm process, while the Intel itself, formerly known as the Chipzilla – will follow a year later (at the earliest). If we take Samsung’s 10nm SDRAM into account, the process lead over Intel stretches by 18 months, which is practically the length of the original Moore’s Law.

While it is true that Samsung’s 10nm in a lot of ways is closer to Intel’s 14nm than 10nm, the lowest distance between the two logic transistors is 10nm, not SRAM cells as it used to be in the past.