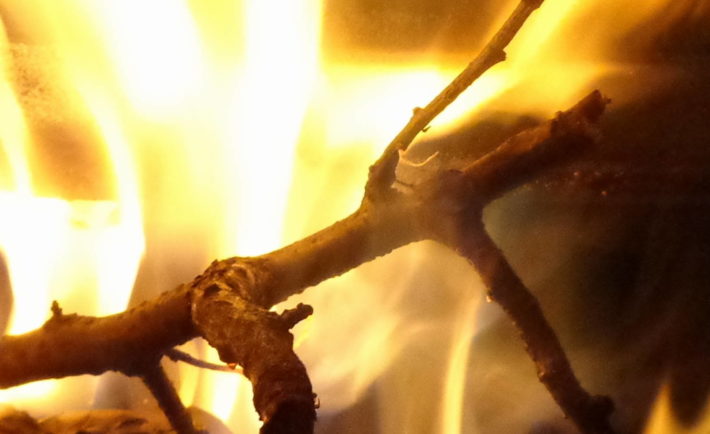 There is dark and there is light. Fire. How long is it in human hands? Out there, at night, by the campfire. Magic of this entire, beautiful and sometimes dreadful world around us. Fire can put us in a bubble. Glittering stories that seem like they starting right there behind us, when we step into the darkness. Or perhaps silence by the campfire. Warmth and we with ourselves. How much today we have improved as people, become more noble than, lets say, Chinese people from the 12th century when they invented fireworks? Talk about the fire on the website dealing with the last cries of technology is somewhat disjointed. But also to forget and stop feeling these little things is not difficult. The beauty of everyday life that is often taken for granted. While in fact… it is a great privilege.

In the same token, Intel is essential and present everywhere. Personally, I hope it will successfully go through the coming years and challenges associated with the difficulties manufacturing process. Somewhere, in the small corridors of this chip giant, light is not lost. Once I was at the festival of fireworks. Held by the river, at the turn. Fireworks reflected in a slow smooth water. It was fantastic. Well this is the fireworks of the future. Possible future of advertising also. Luxuriously, sophisticated light. See the following video. It is marketing driven but a primal magic is hard to miss.

“It demonstrates how a large fleet of drones can communicate and complete complex tasks,” said Natalie Cheung, Show Business Director for the UAV Group, Intel Corporation. Her team has developed a safe and durable drone designed specifically for light shows. “Optimized is the best word to describe Intel Shooting Star drones,” said Cheung. “When designing them, our team thought about everything from the manufacturing process, efficiencies with operating, and safety aspects to the operator and audience perspectives.”

Shooting Star drones can maintain stability in wind speeds of up to 33 feet per second. Intel’s “Shooting Stars” are also splash-proof and can fly in the light rain. They are build without screws, weighing in at 280 grams (almost 10 ounces) and utilize LED as light source. Their propellers are covered by cages.

Probably the most interesting part is related to the control and management of large numbers of drones. Intel has been working on this problem for some time now and it seems that they’ve evolved in quite an amazing way. Beside the actual hardware, the company also developed Shooting Star drone controlling software. The software package allows for complex coordination of up to 500 drones. In order to program the show, it takes only a handful of people to create a routine, needing approximately 2-4 days, ready for deployment by weekend. For the actual directing of drones, there’s no need for more than a single operator. Before the flight, Intel’s  system checks each Shooting Star for battery, GPS reception etc. After all the pre-flight checks are completed and all the data is syncronized, system will use the most optimized drones for each place. An individual can take any picture and software automatically determines the best flight path for a given number of drones. Also it optimize distances during launch and landing to avoid collisions. “We run through a simulation on a laptop, see how it works, and then load it onto the drones with a click of a button,” said Cheung.

Rules for manned and unmanned aerial vehicles will need a bit of change for this to shine and achieve its full potential… but it could be a big one. Quite beautiful too.