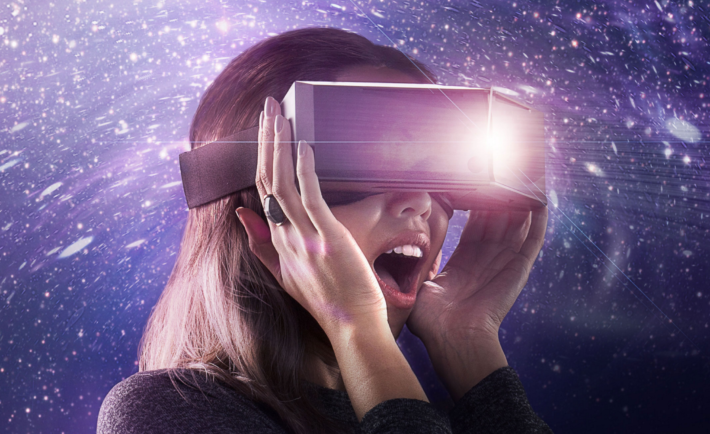 For more than 45 years, The IMAX Corporation was synonymous with the ultimate experience in enjoying the art of film. IMAX believes in VR and needs it to be a new rush, future of the movie theaters. The long-awaited IMAX VR Experience Center opened in Los Angeles, at the first of six Arcade locations opening around the globe. In our conversation with senior executives, we learned that IMAX is aware that in its current form, VR is not ready to become mainstream format for consumption of movies. Cameras, content are not there, and the best ways to consume VR content needs to be created. The company heavily invested in creation of content, launching a $50 million fund intended for the development of VR content for the said IMAX VR Arcades and IMAX VR Booths which will be launched in movie theaters across the globe.

The fund will be utilized by top directors and studios such as ILMxLABs, Warner Brothers, Sony, Twentieth Century Fox, Lionsgate, Metro-Goldwyn Mayer (MGM), Westfield Corporation, Bold Capital Partners and Ubisoft are just some of the names mentioned in this context.

The first VR titles you can experience are Star Wars: Trials on Tatooine, Eagle Flight (multiplayer), Raw Data, Knockout League. However, the key applications are John Wick Chronicles and The Walk. If you’re not afraid of heights, The Walk puts the player into the shoes of Philippe Petit as he attempts to walk a cable between the towers of the World Trade Center in 1974.

Over the past two years, the company made significant investments and formed joint ventures for the VR. Google, Jaunt VR and ARRI are all developing VR and 360 degree IMAX cameras. 360 degree video is not to be mixed with Virtual Reality camera, which enables 3D mapping of persons inside recorded space – expect a lot of AAA productions moving to this level of “experience” as the technology matures.

The partnership with Google is bringing that ultimate VR camera whose launch is planned in 2018. On the other hand, even thought IMAX VR Arcade launched with HTC Vive headsets, and a limited number of StarVR headsets, IMAX pushed ahead not just with cameras.

Earlier last year, IMAX engaged with Starbreeze and Acer on a headset with higher resolution and a wider field of view. Besides the six that are set to open during 2017, the IMAX Corporation plans to open more than 25 locations over the next three years.

The initial six locations are split between continents – the following locations should be in an AMC location in New York City, two undetermined Regal Cinemas locations in New York and California, United Kingdom, and Mainland China – Shanghai at JinYi’s prominent Shanghai Hongkou Plaza multiplex. All of these should open in the coming months, before the summer blockbuster season. IMAX VR locations features current best technology and specifically designed content that lets users see, feel, and explore the most epic stories and worlds in as powerfully, immersive and realistic way as it is possible today. Beside Vive and StarVR headset, 360-degree sound, special control devices like swords, bows and guns with haptic feedback are used. Single-player and multiplayer competition are present.

Bear no mistake, the Los Angeles location is a “pilot IMAX VR” program for the company. Before committing really massive investment, IMAX hopes to be able to determine if VR will truly be their next big thing. Tickets will cost between $7 and $10 and can be purchased online.