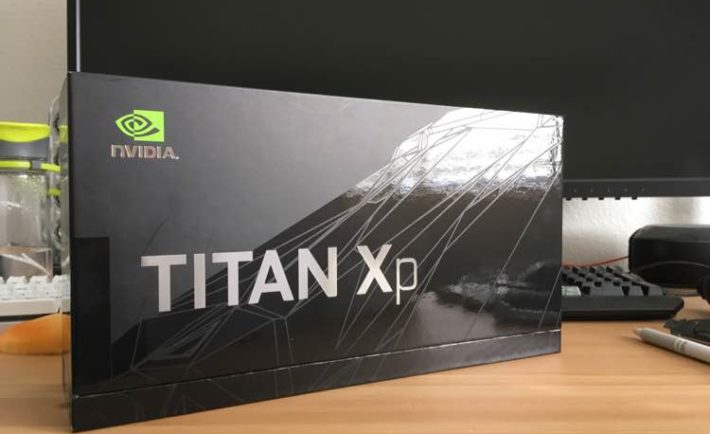 Last week’s announcement of Titan Xp, with a fully unlocked GP102 core caught many by surprise. The news from Taiwan speak that the reason for the launch is the improvement in yields coming from TSMC. According to the sources we spoke with, both GP100 and GP102 are now bringing in yields above 60% range, meaning that NVIDIA no longer needs to sell every second die as a cut down.

In what is bad news for owners of Titan X (Pascal) that launched last August, who paid $1200 for what is now an inferior product bearing almost the same name, NVIDIA decided to refresh the Titan with the best it has in its arsenal prior to the arrival of Volta GPU architecture. Still, Volta is ways off for the consumers and prosumers, as the company will have to deliver dozens of thousands to National Labs in the U.S. and abroad. Still, consumers might get Volta later this year, based on cut-down dies that did not make the Summit / Sierra cut.

Coming back to the best product NVIDIA offers to “prosumers” of today is the GP102 chip and the 11 Gbps GDDR5+ memory. With the launch of the GeForce GTX 1080 Ti, the company started using Micron 11Gbps GDDR5X memory, which showed quite the tendency of clocking even higher clocks. This memory now made its way to the Titan-class card, bumping up overall memory bandwidth from 480 GB/s to 547.7 GB/s. Judging by the first results in the field, “Titan Xp” memory can overclock to 12 Gbps i.e. physically reach 3 GHz in QDR mode (Quad-Data-Rate i.e. did you know that GDDR5+ should actually be called GQDR, but who cares, right?), which would bring the memory bandwidth to 576 GB/s. To date, this is the highest amount of memory available from a single piece of silicon on stock clocks on a card with display outputs. AMD’s Fury X still holds the crown with some of the boards reaching 600 MHz clock for the HBM memory and going from 512 to 614.4 GB/s. 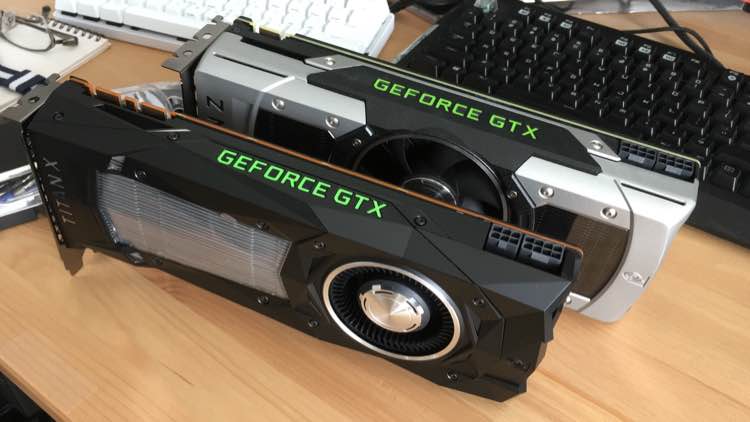 When comparing the new TITAN Xp (XP2) to old TITAN Z, you can see that the GEFORCE GTX markings are still present on top.

The GTX 1080 Ti Founder’s Edition, which is essentially NVIDIA’s own card, costs $699. GTX 1080 now comes around $499 mark. That’s hardly cheap – but for the $1200 asked for a single Titan Xp you could build a whole PC using GTX 1080 as the base GPU and that makes GTX 1080 / 1080 Ti look like a very good value. Just like its predecessor, TITAN Xp is only available from NVIDIA at the moment, coming shortly to various e-tailers, retailers and system builders as well.

Design wise the new Titan Xp looks exactly the same as the “old” Titan X Pascal. It doesn’t even have a changed heatsink to state TITAN Xp – nope, it’s still TITAN X, and the top of the card still reads “GEFORCE GTX”. Given that NVIDIA is saying that TITAN cards are no longer GeForce cards, a person who shells $1200 for the TITAN part can be a bit… annoyed by looking into green-lit “GEFORCE GTX” logo if he/she has a window into the case. Which most of Titan XP1/XP2 buyers will have.

Given that NVIDIA PR department gave a clear guideline that this card is “not for gamers” but for “prosumers”, there won’t be a whole lot of reviews on the usual suspects list, as the board should be tested somewhere between GeForce and a Quadro. In essence, the board is for gamers that make money on gaming, such as YouTube streamers, and a number of VFX artists that don’t want to splurge on a Quadro or a Tesla product. Still, users are posting their own reviews, such as this one coming out of China, from Baidu.

Performance remains to be seen, but 3840 CUDA Cores should easily take the crown from the GTX 1080 Ti. Whether the increase is worth spending over $400 extra over a GTX 1080Ti is debatable – most gamers will be just fine with a $499 GTX 1080, without even needing an $699 1080 Ti. Again, I must add that this launch probably pissed off many people who, not knowing what NVIDIA is preparing, bought the “old” Titan X i.e. XP1.

If you haven’t seen already, popular Youtuber JayzTwoCents captured the feeling of original Titan XP1 owners in this 10 minute rant:

At the end of the day, NVIDIA came through for all the Mac users, as Pascal drivers should become available this month. If you have an old Mac Pro or use an external graphics adapter, Titan Xp (XP2) could accelerate your workflow by a mile. The new Mac Pro can’t come soon enough.