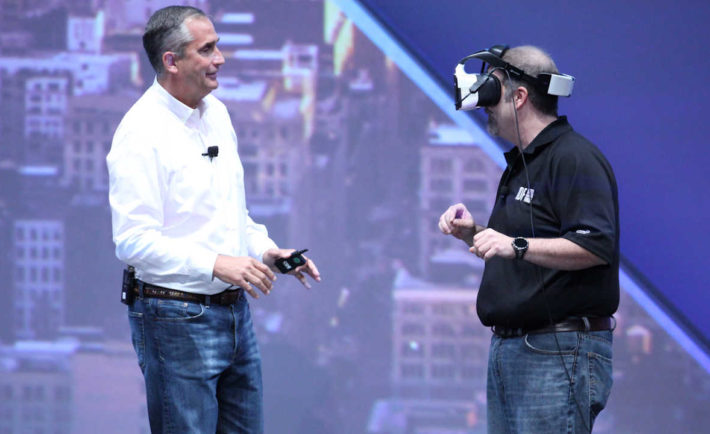 Intel Developer Forum i.e. IDF traditionally was an event that ends the summer break and opens new opportunities to do business. However, over the past couple of years we’ve heard numerous stories that the company is charging too much for the exhibit space, and does not know where the focus is. At the same time, its public arms – Public Relations (PR) and Investor Relations (IR) departments started to retreat into themselves, becoming more and more unavailable to the members of media, new media channels as well as industry analysts.

Today, the biggest confirmation of “building a Wall around the company” came true, as Intel Developer Forum (IDF) homepage was updated with the following statement appeared:

“Intel has evolved its event portfolio and decided to retire the IDF program moving forward. Thank you for nearly 20 great years with the Intel Developer Forum! Intel has a number of resources available on intel.com, including a Resource and Design Center with documentation, software, and tools for designers, engineers, and developers. As always, our customers, partners, and developers should reach out to their Intel representative with questions.”

The conference started in 1997 as a place to present upcoming technology, a meeting place with investors, developers and public. Each year it took place at several locations around the globe, with San Francisco and Shenzhen being the two key locations. Mumbai, Moscow, Amsterdam, Tokyo, Cairo were all on the list of locations. Downsizing brings everything to an end and now, Intel thinks one conference is no longer enough to cover everything that is in their focus. 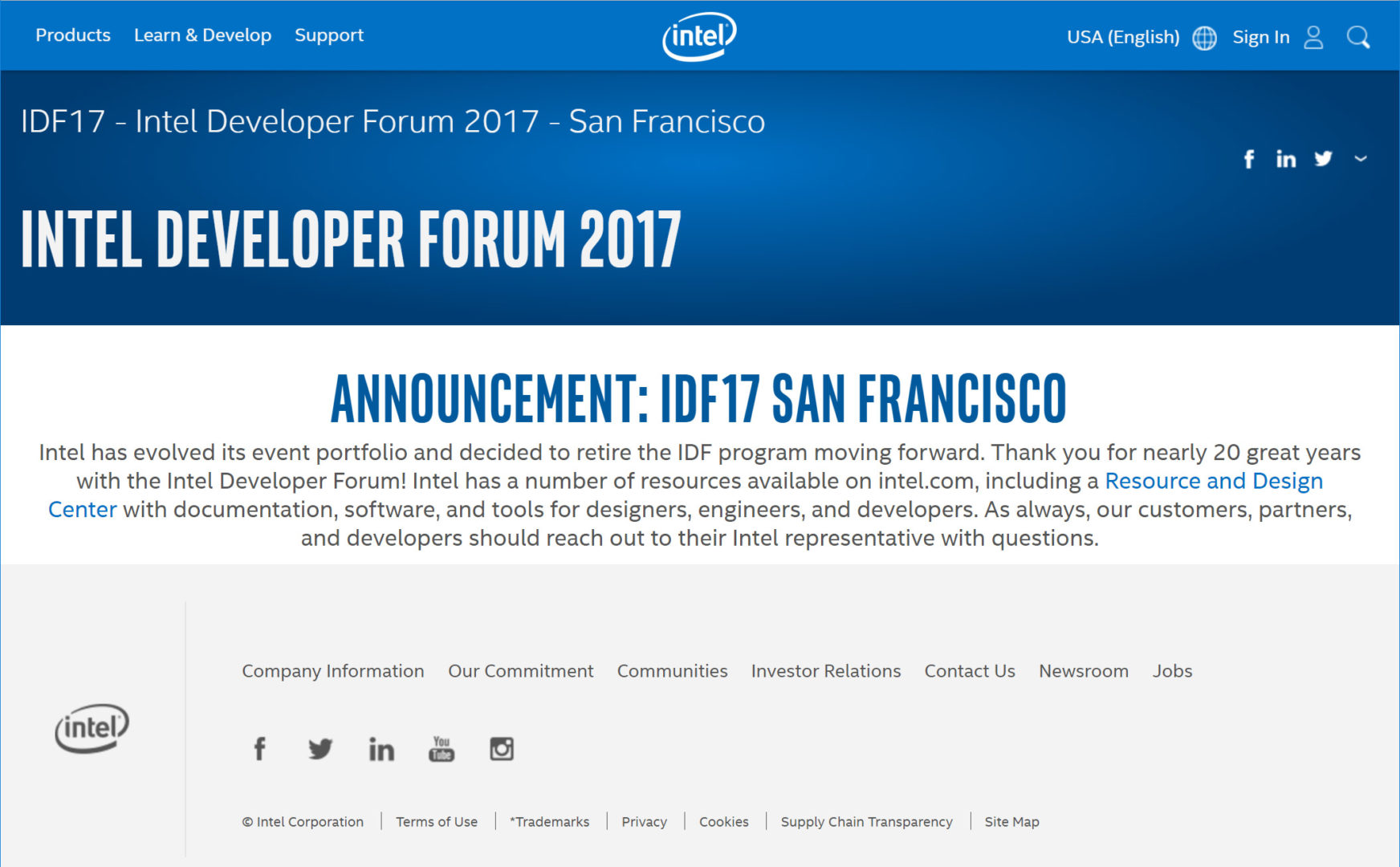 The company is now leaving the center stage to companies that organize their own corporate events with greater appeal – NVIDIA GPU Technology Conference started as a celebration of gaming with NVISION 08. Following the global financial crisis, the conference restarted itself as a small startup-focused event in Fairmont Hotel in downtown San Jose, CA. Today, GTC 2017 is looking to be bigger than NVISION 08. On the opposite side, Qualcomm canceled its Uplinq conference following an unsuccessful move to San Francisco, CA. Given company’s presence in industry standard conferences such as CES, Mobile World Congress, CeBIT, Computex, Gamescom – it remains to be seen how the company plans to communicate with its ecosystem without a focused event. 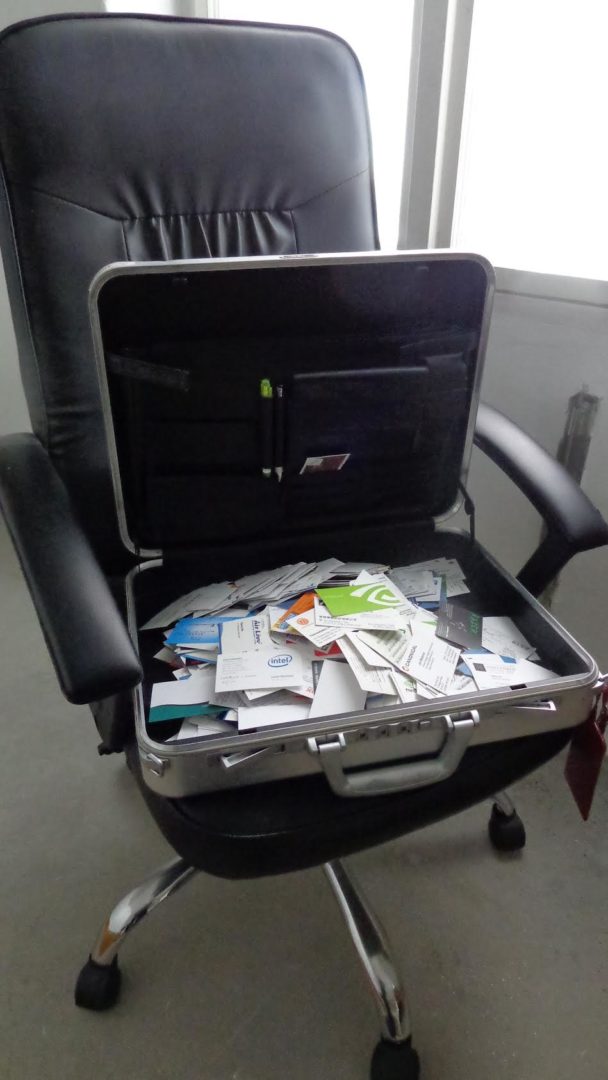 Just to give you a look into how things used to be, this picture is from IDF 2015, showing all the business cards collected at a single event. Several projects we were involved with, which started at the said event resulted in real world projects coming to market.

Intel’s PR team was unavailable for comment at press time.