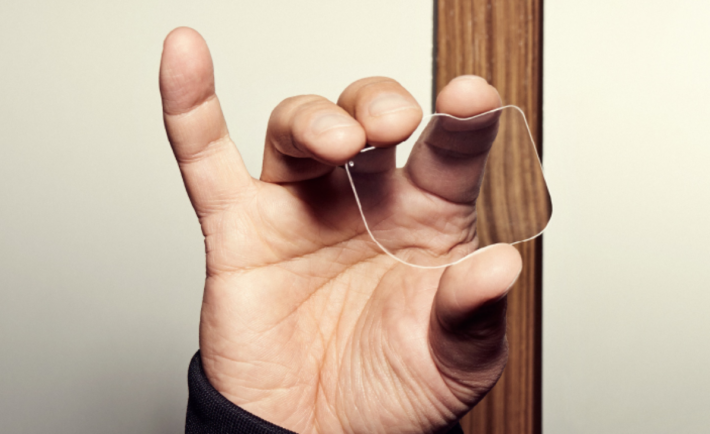 Since Magic Leap’s inception in 2011, there has been great innovation in the technology sector focused in the virtual reality (VR)/augmented reality (AR)/mixed reality (MR) space with Magic Leap trying to create a new hardware interface designs. However over the last 6 years, Magic Leap has continually run into issues with its product pipeline causing critics to swarm on the perceived failure of the company.

Company culture has been on attack with allegation of misogyny and discrimination towards women. The company is at a crossroads and must pick a new direction to sustain its survival. Magic Leap has pivoted its business model on multiple occasions to adjust to the changing realities of the marketplace. The investors have been patient but all companies must reach self-sufficiency. Due to its current evaluation at $4.5B, Magic Leap is prefect candidate to be strategically acquired based on its vast intellectual property (IP) and how the technology sector sorely needs new interface technology in the Internet of Things (IoT) era.

What Lead to VR/AR/MR

Traditional keyboards, mice, and touchpads have been used for decades to interact with 3-Dimensional data using 2-Dimensional environments. As technology has improved, different companies were able to create more immersive and powerful technology experiences to use on the go, but these experiences have relied on many of the traditional conventions of its less mobile counterparts.

Apple’s iPhone became the first mainstream product to offer a laptop experiences in a hand size form factor using a fusion of display and touchpad; the touchscreen. Yet as touchscreens are now virtually standard on most new devices, touchscreens still relay on 2D interaction of data. VR/AR/MR revolution is changing the current paradigm. These medium are injected people directly into a 3D digital environment and new interface devices are needed to allow users to perceive and interact with the data.

Many companies have tried to create groundbreaking ways for people to interact in digital environments. Microsoft tried to use total body immersion combined with a voice and gesture interface which became the Xbox Kinect hardware. Academics and other startup companies started to modify the camera and body tracking technology for other uses from medical to 360 degree photography. Microsoft never saw its full potential outside of gaming and focused its distribution on business to consumer (B2C) even forcing consumers to buy in with its being bundled in Microsoft first run of its Xbox One console. Kinect version 2.0 removes key functionality and paired with consumers being forced to purchase and not able to use its full potential in or out of gaming environments, the interface was killed off in 2015. Some parts of the gesture tracking may have made it into Microsoft new AR device, HoloLens.

Google tried to create screen to fit in a pair of Glasses; Google Glass, and paired it with touch and voice controls. Glass was never more than alpha-stage hardware and Google only marketed it as a developmental product through the Explorer Program. Tech enthusiasts and developers usage of Glass in public created a media firestorm in regards to privacy laws with the ability to film, photograph, and record anything at any time. Google never updated the hardware and the software never solved GUI issues due to hardware constraints. Google discontinued the interface in January 2015. As of 2017, the company is rumored to be working on the next generation of Glass.

Microsoft and Google’s first attempt at new computing interfaces never achieved the widespread popularity of Apple’s ecosystem. Apple gave its developers the freedom and full support to use its hardware which allowed for a secondary market for business to business (B2B) products to form. New uses for technology brought to life Apple’s App Ecosystem and App Store with all its killer applications. These Apps gave touchscreens a new lease on life, turning them from simple computer peripheral into innovative interface medium. These devices created the foundation for the new wave of VR/AR/MR interface devices. The major players today are Oculus Rift, Vive, OSVR, HoloLens, PlayStation VR, and Magic Leap. 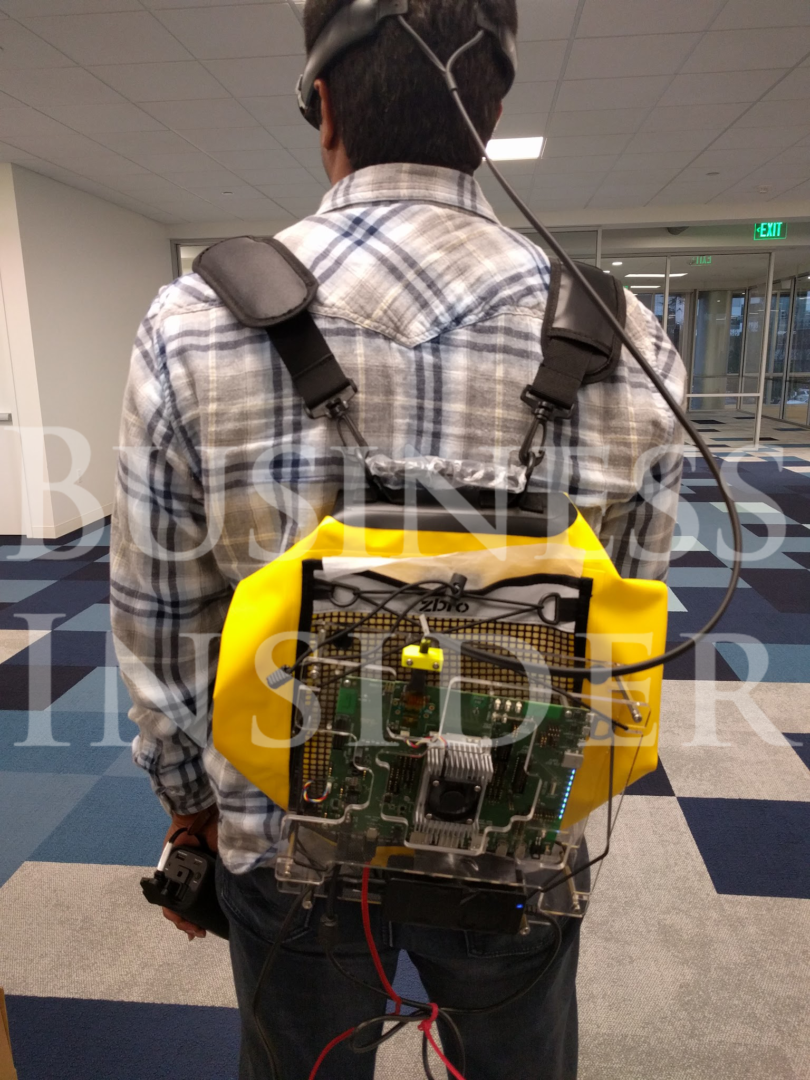 Magic Leap is creating a head-mounted augmented reality display for use with MR environments. It is similar to Microsoft’s HoloLens but with proprietary technology to project images directly to a user’s retina thus increasing the overall graphic fidelity. The company has been in existence since 2010 yet prototype units have been few and far between earning it the reputation of being the world’s most secretive startup. Additionally, the company has dealt with former female employees claiming Magic Leap ridiculed and ignored their ideas and the company’s overall bullying culture delayed their product pipeline. The company’s last financial evaluation, in February 2016, has the company worth $4.5B after an $800M investment classified them as a unicorn. Unicorns must continue to innovate, or risk their evaluation bubble popping. In Magic Leap’s case, where there is smoke, there must be a fire. The company missteps may lead to its destruction. Magic Leap is similar to Faraday Futures (financially backed by LeEco). Both companies are rumored to be losing money, hemorrhaging executive talent, and have had strategic missteps resulting in missing key milestones. With the rest of the technology industry consolidating, Magic Leap presents a unique opportunity for another company to buy it as a strategic acquisition.

Who Would Want to Buy?

There are many companies which could use what Magic Leap has to offer and could pay its full price evaluation. Intel and Qualcomm are semiconductor companies focused on their IP portfolios and B2B product lines. Magic Leap’s IP could allow these companies to license the VR/AR/MR technology and collect valuable licensing royalties similar to why Softbank bought ARM in 2016, for its IP and licensing fees.

Apple has not had any innovative products launch since its Apple Watch. With its stock value making it one of the world’s most valuable technology companies and piles of overseas cash collecting dust, Magic Leap could allow Apple to jump start its VR/AR/MR development with an IP portfolio, existing framework, and engineering talent. Amazon could be in the market for Magic Leap to combine Magic Leap’s visual interface with its Echo’s Alexa voice interface and be a new challenger to Oculus, Vive, and HoloLens.

Facebook announced at F8 2017 its core focus for its 10 year timeline revolves around VR/AR/MR ecosystem. While Facebook already owns Oculus Rift, Oculus has not been innovating as quickly as its competitors and could use Magic Leap’s IP to accelerate its product pipeline with new features to compete with for years to come.  A similar argument could be used for Microsoft (HoloLens) or Vive acquiring Magic Leaps to help add new features faster to give their headsets the edge.

Magic Leap’s current investors (Google & Alibaba) could buy out the company to enhance their product portfolios. For Google, Magic Leap could revive and be the key solution to Google Glass 2.0 being a success. For Alibaba, it would position the company similar to Amazon and Google to transition from commerce into consumer electronics for its app ecosystem.

What Does the Future Hold?

Magic Leap has not launched a single product, yet the company is valued at $4.5B.  Its value is based off its R&D, its patents portfolio, and its future potential to succeed. As a strategic acquisition, Magic Leap’s IP could save any company years of time and billions off research. More companies are looking to investing heavily in VR/AR/MR interfaces as the next great technology breakthrough. These developments could lead to new licensing royalties or consumer products to drive their profit margins for years. With its continued personal problems, delayed product lines yet troves of IP; Magic Leap could be a key strategic acquisition target at its current evaluation for any company looking to get a foothold in VR/AR/MR.