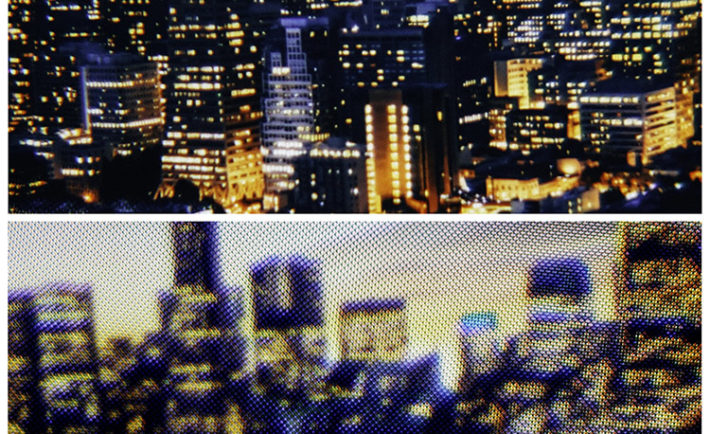 While I am an enthusiast for VR and all associated technologies, one major issue that’s really breaking my immersion into different VR environments is – resolution. More sharp eyed readers of this post can see the pixel grid on both HTC Vive and Oculus Rift headsets, and this is where Varjo hopes to make the difference.

Most companies we talk to continuously focus on cables as being the biggest major immersion-breaking problem, but we believe the real problem lies elsewhere – as humans, we’re continuously experiencing restricted motion for different experiences; driving a car requires a seatbelt; flying a plane or being a passenger – seatbelt; roller coaster – put on your harness… and the list goes on. Thus, a cable is not VR’s biggest problem; uncanny valley is.

Over the past two years, we tested dozens of VR headsets and two offered the best immersion experience; Acer/IMAX/Starbreeze StarVR and PIMAX 4K and 8K VR headsets. All these headsets have multiple times higher resolution than GearVR/Rift/Vive. Now, there’s a Finnish startup emerging from stealth mode offering 70 times higher resolution than offered (or promised) by HTC, Oculus or even Magic Leap, with its 1-2K floating display.

“Varjo’s patented display innovation pushes VR technology 10 years ahead of the current state-of-the-art, where people can experience unprecedented resolution of VR and AR content limited only by the perception of the human eye itself,” said Urho Konttori, CEO and founder of Varjo Technologies. “This technology, along with Varjo VST, jump-starts the immersive computing age overnight – VR is no longer a curiosity, but now can be a professional tool for all industries.”

“20|20” is the Varjo’s name for technology that promises to be “The First Human Eye-Resolution VR/AR/XR Immersive Display”. As the reference goes, 20|20 should mean perfect or near perfect vision, which is what Varjo hopes to achieve. The technology revolves around 70 million pixel per eye display technology which tracks the human eye through a technique we can describe as “foveated eye tracking”. While the company isn’t revealing how it actually works, and the demo is performed using Oculus Rift headset, the heart of the technology is ultra-high rendering where your focal point is, and lower resolution rendering where you’re not looking.

“This is accomplished by Varjo’s patented technology that replicates how the human eye naturally works, creating a super-high-resolution image to the users gaze direction. This is further combined with video-see-through (VST) technology for unparalleled AR/MR capabilities. Varjo’s prototype is based on unique technology created by a team of optical scientists, creatives and developers who formerly occupied top positions at Microsoft, Nokia, Intel, Nvidia and Rovio.” – quote from the Press Release.

Given that a true 70MPixel per eye display would bring down every PC, even ones powered by multiple NVIDIA Titan X(p) or AMD Vega Founders Edition cards with 12 or 16GB of fast frame buffer memory, the secret sauce lies in the fact how the focus tracking works. Varjo representatives explain their tech as a “bionic display”, by using context display, focus display, gaze tracker and optical combiner. Still, using an Oculus Rift for a demo instead of an actual prototype is somewhat underwhelming, which was noted by several major media outlets.

The company aims to ship “Varjo-branded products specifically for professional users and applications starting in late Q4, 2017.” We will follow their development and report on the latest news coming from the Shadow (Varjo means Shadow in Finnish language). You can see the comparison images below: 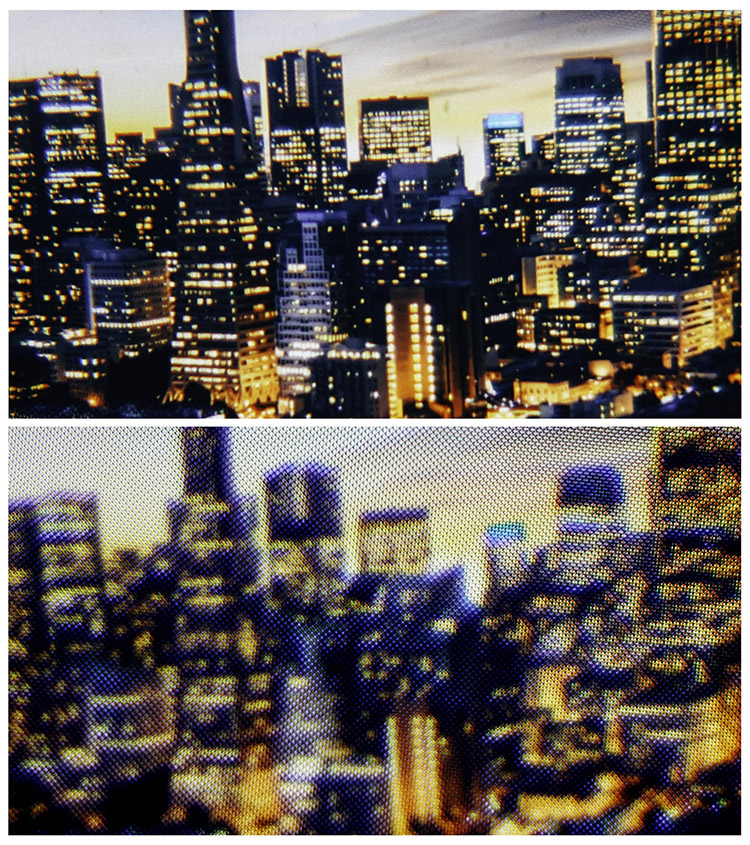 Varjo 20|20 technology (above) vs. Oculus Rift (below) on San Francisco demo image 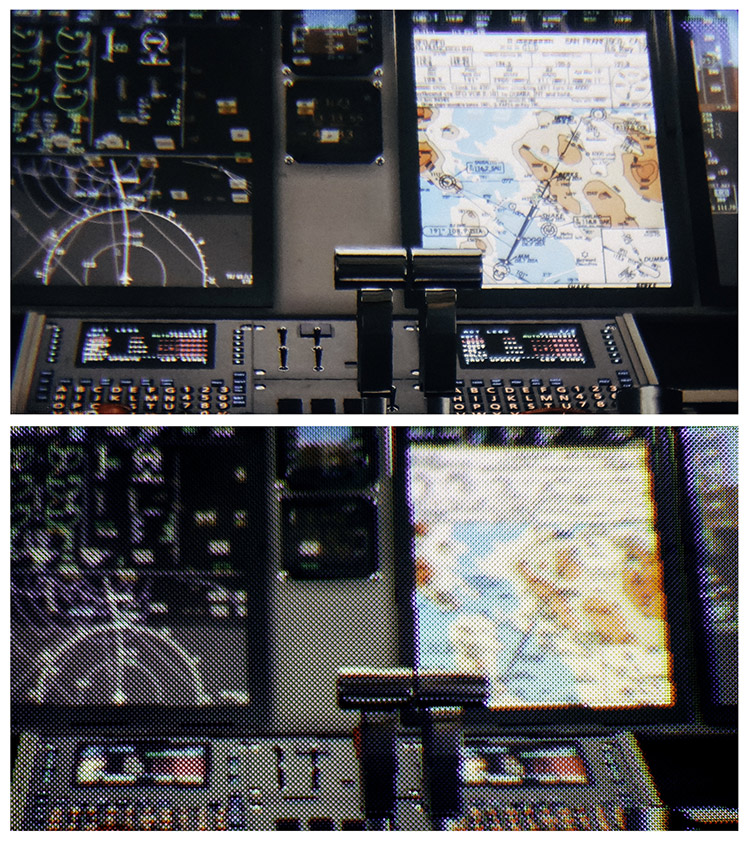 Varjo 20|20 technology (above) vs. Oculus Rift (below) on Bombardier jet plane demo image 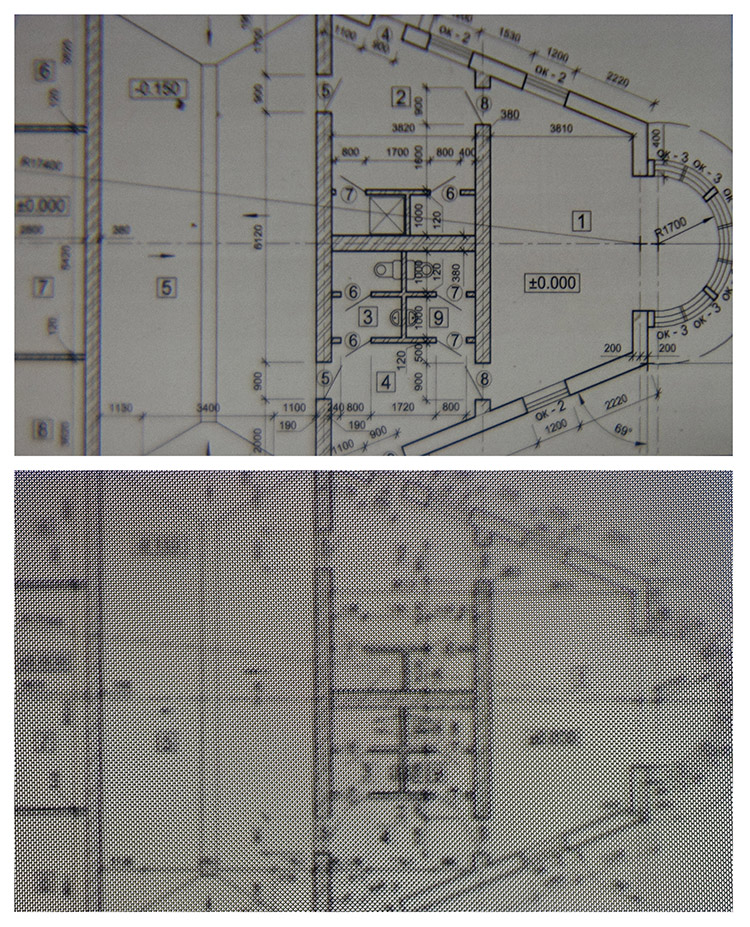 Varjo 20|20 technology (above) vs. Oculus Rift (below) on CAD model demo image