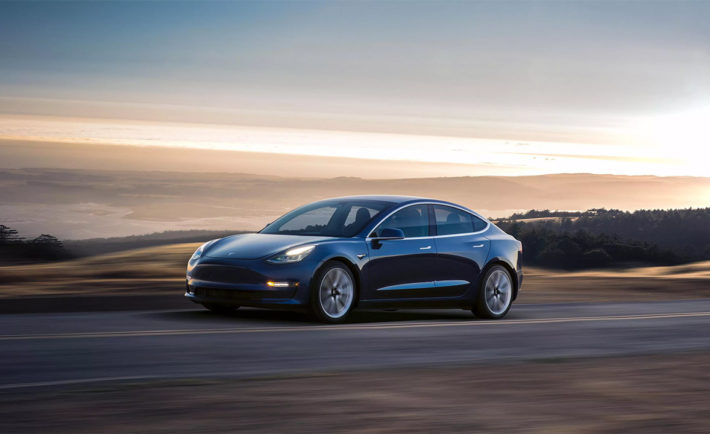 Tesla CEO Elon Musk was on display past weekend handing over the car keys to company’s long-awaited Model 3. At minimum, you will see 30 mid-priced electrical sedans on the roads in North America.

With over 500,000 pre-orders, Tesla Model 3 is one of the most anticipated vehicles the auto industry have seen to date. Priced at $35,000-55,000, this is a drastic reduction compared to Musk’s Model S and X, which are often more than double the cost. “We finally have a great, affordable, electric car – that’s what this day means,” Musk said. “I’m really confident this will be the best car in this price range, hands down. Judge for yourself.”

Early test-drives suggest Model 3 broke the 300-mile range barrier (310 miles to be exact), something a lot of people were waiting on in regard to the lowest cost addition to company’s lineup. While there will be plenty of happy early buyers, questions remain about the quality of the vehicle in real world conditions, as more of these hit the road across the country.

And it won’t be soon. In spite of the more streamlined dashboard void of buttons, vents or knobs, featuring a single 15-inch touchscreen display between the driver and the passenger – a design that will greatly reduce potential assembly-line problems, according to Musk, Tesla still has more than half a million of these to deliver over the next year, almost six times its 2016 production. Elon Musk says the company is striving to increase its production to a level of 20,000 cars a month by the end of the year, and 50,000 a month by the end of 2018, that will satisfy all pre-orders by the end of next year, in part due to a simplified package of options.

It is still early to tell what impact Model 3 will have on the industry, Tesla infrastructure and company stock in the long-run. However, should Musk produce and sell 500,000 cars annually, he will likely outsell BMW, Mercedes or Lexus brands in the United States, which is a signal in itself.