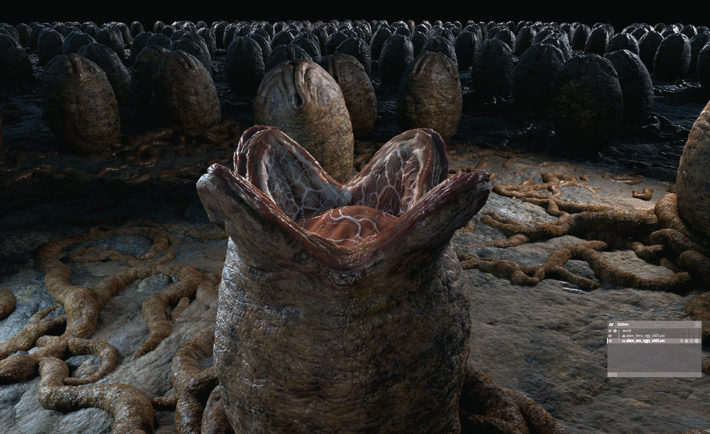 While Nurulize isn’t a household name like Crytek, Epic Games, Unity. Atom View and Nu Design aren’t  as recognizable as Cryengine, Unity or Unreal Engine. Yet, this rising software developer believes it created a content creation engine which will improve the way content creators port their creations into conventional and new mediums.

At the opening day of Siggraph, Nurulize launched Atom View and Nu Design, tools designed to accelerate the workflow and usage of the same digital assets in off-line post-production and real-time rendering. While it sounds like search for the holy grail of content creation, Hollywood experienced quite the revolution over the past couple of years. While AAA titles used to take 12-18 months to make, improvements in available tools “democratized” content creation, and spread the knowledge from Industrial Light & Magic (ILM) and WETA to a number of specialized studios worldwide.

“Atom View is an agnostic standalone application able to accept captured and animated volumetric data sets from all leading volumetric cameras, offline graphics renderers, 360 lidar and more. Atom View efficiently converts this data to real-time VR content in just a few steps, whereas game engines require multiple rounds of optimization. Inside Atom View, users can edit, color, import, and prepare data for export in a streamable format that allows instant loading of data from disk or cloud locations. Due to its speed and efficiency, the Atom View data format is intended to become the JPEG/MPEG of VR, standardizing, simplifying and democratizing the medium.”

“When it comes to replicating reality in VR, and creating something that’s filled with detail, Atom View is the answer. It takes things above and beyond what VR content creators are currently limited to in terms of polygon count and frame rate, in a fraction of the time. It’s the first step for a Photoshop or Final Cut Pro for virtual reality.” said Scott Metzger, Chief Technology Officer & Co-founder at Nurulize.

Atom View is a software application that captures and converts captured real-world scans into “cinematic-quality VR scenes and objects”, promising much higher performance that existing VR workflows. According to Nuralize, Atom View is “designed to make virtual reality content creation faster, easier, and more realistic than ever before.” Targeted users for Atom View are filmmakers, 3D artists and photographers. Atom View experienced tremendous traction in Hollywood, as even the alpha version was adopted by AAA productions. Probably the most famous “design win” is a VR experience set in Alien universe, produced by Ridley Scott and directed by David Karlak. Red Pill VR and Marshmallow Laser Feast also won accolades at Tribeca Storyscapes.

“Atom View is the technology that allows us to unlock the full potential of computer graphics. The age of polygons is dying. Atom View’s point-cloud rendering and patent-pending filling algorithm is the key. The technology will leave you breathless, wanting more, and dreaming of a brighter future where virtual worlds and the real world are synonymous.” said Joe Harkins, Pix System.

“Atom View technology, in conjunction with Nu Design’s productivity tools, promises fewer creative compromises and a streamlined solution to achieving the highest fidelity VR experiences, on par with the VFX quality of today’s Hollywood blockbusters.” said Kevin Margo, Creative Director, Blur Studios. while David Karlak stated the following: “Nu Design is perfect for filmmakers. I can load in the environment, bring in a storyboard artist and we can literally sketch out poses in 3D space with completely accurate scale. As Nu Design can display real-world scan data alongside offline renders from a VFX pipeline, it can bring the worlds of physical production and VFX together into one virtual space.”

“I was really glad to alpha test this software – for my daily job it saves so much time. I do photogrammetry and normally I deal with huge meshes and lots of textures, but with this software I just needed a colored point cloud and I can see my work in full VR. This will be a game changer for all my peers.” said Romain Rouffet, 3D Artist.

Nu Design builds on Atom View, enabling multi-user production environment to build, view and manipulate VR scenes. The tool accepts both real-world and digitalized assets (VFX) in a single VR space, shared between directors, production heads, and producers. The goal is to accelerate the flow from pre-production and pre-visualization.