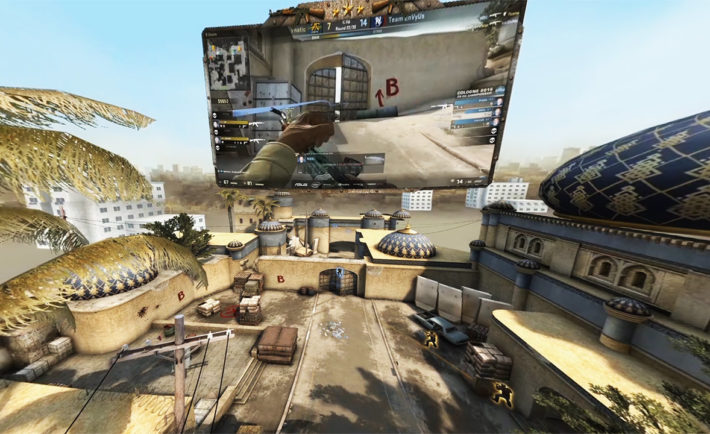 There’s no shortage of funding for new and exciting companies which are focusing on providing a new experience for the consumers. One such examples is the “mainstreamization” of eSports, with tournaments receiving as much visitors as many mainstream sport events. That’s not all, as eSport streamers drove YouTube and Twitch to new heights in terms of videos being generated and followed.

Building on its launch in 2016, SLIVER.tv signed numerous partnerships to bring their technology into eSports. The company signed agreements and started streaming numerous events, bringing brands such as DreamHack, ESL One and Intel Extreme Masters. Their focus on Counter-Strike: Global Offensive (CS:GO) and League of Legends proved to be a winning combination, as the company grew in size and number of viewers. The company claims several hundred thousand users watching over 50 million minutes of numerous eSports streams – in just the past few weeks.

As all seed money comes to an end, SLIVER.tv needed funding to fuel its growth, needed in order to bring a 360-degree view of eSports to the widest audience. The company just received a 9.8 million Series A round from newly found partners with an diverse portfolio: Danhua Capital (content), Heuristic Capital Partners (hardware) and ZP Capital (real estate). This combination obrings the total number of funding to $17.5 million, including players such as the DCM, Samsung Next Fund, Sierra Ventures, Sony Innovation Fund and VR Fund. The investors don’t have just a financial clout – presence of Samsung and Sony assures SLIVER.tv will come to their VR platforms in a much bigger form than it is today. GearVR and PlayStation VR represent two leading VR platforms in terms of market share.

“I’m thrilled to welcome Danhua Capital, Heuristic Capital Partners and ZP Capital to the SLIVER.tv family. Our platform today enables our global fans to connect and truly experience eSports in a whole new perspective.” said Mitch Liu, co-founder and CEO of SLIVER.tv. “We’re on the cutting edge developing the next-generation live streaming technology, and this new funding will accelerate our R&D investments in machine vision, artificial intelligence and virtual reality.”

“We are very excited to partner with SLIVER.tv. Mitch and his team are fundamentally transforming the live spectator experience for global eSports fans with their patented video streaming technology.” said Dovey Wan, managing director of Danhua Capital. “Together with a new interactive engagement model, 360-degree eSports content, and a novel incentive model for streamers, tournament organizers, and eSports fans, we firmly believe they are ready to disrupt the industry with their next-gen multimedia entertainment platform.”

Given that SLIVER.tv commented on how their viewers spent over 500 million virtual coins by “actively participating and engaging with live esports matches”, we would not be surprised if the Series B round of funding gets replaced with a ICO (Initial Coin Offering), but that is at least a year away, as Unikrn eSports betting platform found out when they wanted to enable their coins/tokens to the whole world (well… to regulated markets such as USA, Singapore and Hong Kong).

The company also owns a patented virtual camera array technology, which “captures 2D games played on a PC such as CS:GO and League of Legends, and renders in real-time a fully immersive 360° in-world stream.  It is analogous to placing the viewer or spectator inside the game and giving them courtside seats with VR.  The company’s pending patents cover the automatic highlight and generation of key in-game moments utilizing machine vision and a new video encoding algorithm for non-concentric spherical projection for multi-resolution view.”