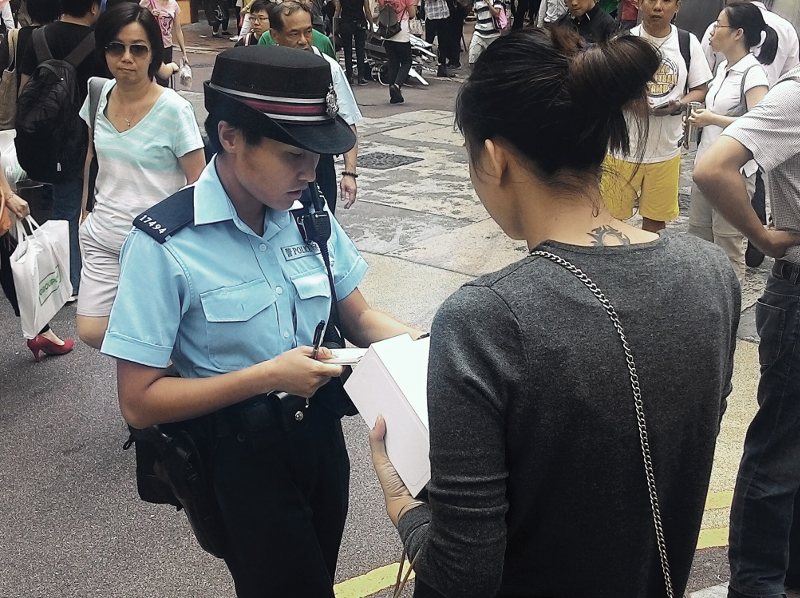 A police officer questions a women selling iPhone 6 smartphones outside an Apple store in Hong Kong.

Just a day after China raised the  ban for  ICOs all together,  Hong Kong – the country that is a special administrative region of China – has voiced concern at the growth of ICO fundraising.

“Those involved in an ICO need to be aware that some ICO structures may be subject to Hong Kong securities laws,” said Julia Leung of Hong Kong’s Securities and Futures Commission (SFC) . She also clarified that the regulations don’t simply apply to Hong Kong-based companies holding ICOs, but any entity worldwide that sells tokens to individuals based in Hong Kong.

Just for a reminder, this week China’s central bank,  issued a statement criticizing ICOs for “disrupting” the country’s financial order. The regulator described initial coin offerings as “a form of unapproved illegal public financing” that “raises suspicions” of fraud and criminal activity, reports the Financial Times.

Similar regulation may soon be coming to America, too. This July, the US Securities and Exchange Commission (SEC) warned that ICOs were being used to sidestep the law, and last week the agency issued another statement describing coin offerings as “potential scams.”

The ether-US dollar exchange rate (ETH/USD) nosedived on Monday after China based reports. Other digital currencies like bitcoin, bitcoin cash and others were dragged lower as well.

Yet, having clocked a fresh three-week low of $270 levels earlier this week, ether is now trading at roughly $333. Bitcoin (BTC/USD) is shifting between $4300 and $4700. This means ether is down 12.85% week-over-week, although, on a month-on-month basis the digital currency is holding 16.76% gains. So, on a larger scheme of things, the trend remains bullish.

If investment in ICOs constitutes a bubble, though, it hasn’t burst yet. It’s estimated that coin offerings have raised $1.6 billion in 2017 alone, with 65 launches in China totaling some 2.6 billion yuan or $398 million (according to a report from the National Committee of Experts on the Internet Financial Security Technology). Then again, the question persists – is blockchain technology and cryptocurrencies really a hype, given recent moves by IBM and Microsoft to unveil their own blockchain technologies, with Microsoft using Ethereum smart contracts?

Let’s not forget Estonia is moving towards launching their own ICOs named Estcoin, in a race to become the first country with a digital currency.

Paris Hilton is getting in on the ICO hype

Last Sunday, media personality and businesswoman Paris Hilton wrote on Twitter that she is “looking forward to participating in the new” LydianCoin – a platform that wants to combine the blockchain with “targeted, AI driven digital marketing and advertising services.” Hilton’s not the first celeb to promote ICOs.

Floyd Mayweather was early to the game, hyping up prediction market Stox in July. The American rapper ‘The Game’ has teamed up with Jess VerSteeg, an entrepreneur and Miss Iowa 2014, to kick start a “cannabis revolution.” To this end, he is sitting on the advisory board of Paragon, a tech firm that wants to use the blockchain to shake up the marijuana market. It aims to raise $100 million selling tokens in an ICO, and The Game (who is also an established marijuana entrepreneur) has been hyping it on Twitter.