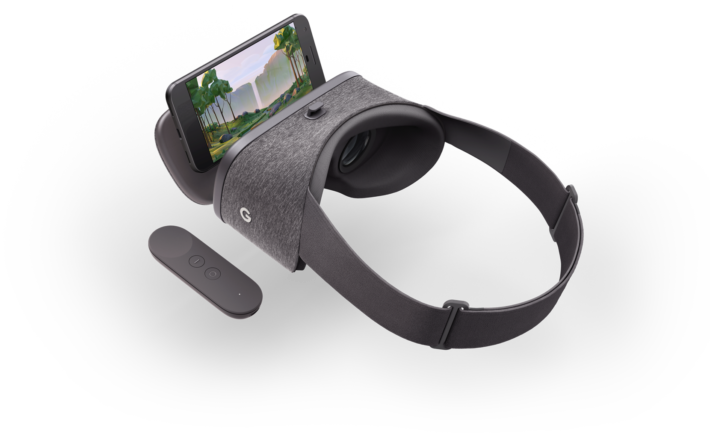 Virtual reality is something every gamer is talking about. Sure it’s great to win wars, fly in a space or kill a handful of zombies but, what about everyday usage for not-so-gaming population? Google (who else) is working rapidly on transforming the way we experience the everyday stuff – like watching movies or browsing the web.

At Google’s I/O developer conference in May, the company announced that it was working on a VR version of Chrome (Chrome 61) that could work in Daydream. Last week, Chrome development team member and “happiness evangelist” François Beaufort announced that the first set of features are now ready for users to test out. According to him, it is pretty easy – just load up any webpage in Chrome, slide your mobile into a Daydream view headset, and you’re running exploring the internet in virtual reality. “So far this allows users to view and interact with any website in VR, follow links between pages, and move between 2D and immersive viewing for sites that support WebVR,” says Beaufort, who also promised there are a lot more features on the way.

It is evident that the Google wants most Android flagship phones to be Daydream-certified in order to make Daydream the go-to virtual reality platform for Android devices. With the release of the new and improved Daydream headset (alongside the new Pixel phones on 4th of October), and with updated requirements, it’s clear that Google is betting big on this platform.

Support for ‘Internet in VR’ is nothing new. Google actually added support for the WebVR technology to Chrome back in February, but the new update enables surfing any site on the web in a VR environment, whether or not it has added any specific virtual reality extras. For now, only a few websites offer VR content, however, Google is working with developers to increase this number.

WebVR has gained plenty of attention recently, with Facebook’s Oculus and Samsung Gear VR both adding WebVR support in the last few months. That’s because WebVR has multiple benefits for consumers and developers alike. It makes VR much more accessible to consumers, it incentivizes developers to build more VR content and web apps also make it easier for potential users to sample new VR content without needing to download and store it on their phones. New VR headsets like HTC Vive or Oculus Rift debuted amid great consumer anticipation, while VR content launches kept pace, with Batman: Arkham VR and Chair In A Room garnering encouraging download totals.

With these first steps, Google joins Samsung and Oculus in offering VR web browsing. Oculus’ Carmel VR browser is currently in developer preview, while Samsung’s Internet for Gear VR browser has been around for a little while now. But Beaufort says this is just the start for Chrome. In his post, Beaufort said, “This is just the beginning for web browsing in VR so stay tuned, there’s more to come!”