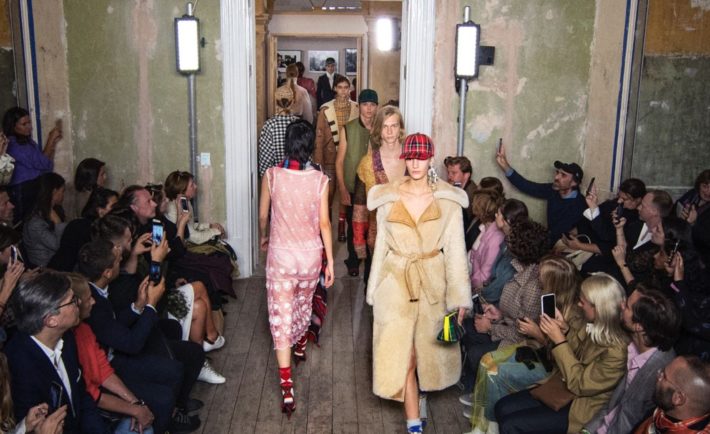 Burberry Group Plc is the latest luxury brand to experiment with augmented reality, adding technology from Apple Inc. to its smartphone app as fashion retailers race to find new ways to engage with big spenders online.

During the London Fashion Week, the ‘shopability’ (yes, it’s a word) of the show was promoted heavily this season on Facebook Messenger, where both Burberry and Tommy Hilfiger introduced chatbots powered by artificial intelligence. Users could explore both collections via all manner of additional content, including a behind-the-scenes look at life with Gigi Hadid, and a journey through a gamified maze with the models from Burberry. From there they were given nudges to e-commerce pages once the line had been launched.

This isn’t particularly strange to see the worlds of fashion and technology coming closer. 2014 then-CEO Angela Ahrendts left Burberry to join Apple as an executive in. The British company launched its mobile app, which combines an e-commerce store with interactive features about the brand, earlier this year. The new augmented-reality feature allows users to export the images they create, enhanced with graffiti-like doodles, to social media in a Burberry frame.

Just for a reminder, during NY Fashion Week, about 350 fashion-forward individuals got an up-close look at the new line in person, but those not able to snag a ticket could feel like they are right there with a 360 degree live experience provided at the Rebecca Minkoff fashion show. They were also able to see how Minkoff’s newest line looks on their own body using an app called Zeekit.

Also, one of the most interesting innovations of the season came in the mixed reality space when emerging London designer Martine Jarlgaard put up a show with everyone wearing Microsoft HoloLens headsets to see the full spring/summer 2017 collection coming to life in the form of holograms in front of them, exploring the collection from all angles. Fashion seems to like AR and VR.

You can download the Burberry AR-enabled app from the iTunes store.