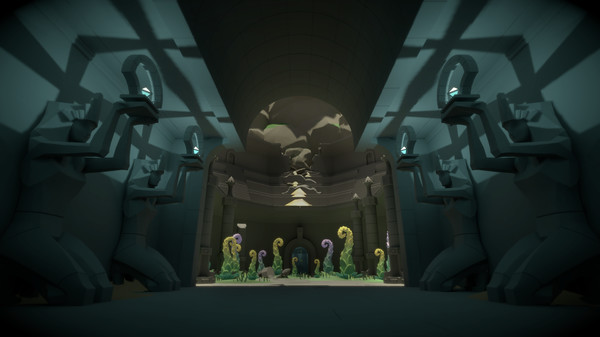 Logtown Studios is an indie VR gaming developer that is entering the scene with Cloudborn, a first-person VR climbing title for HTC Vive and Oculus Rift. Those who have been following the VR gaming scene for a while will notice immediate similarities to The Climb, a game from Crytek (the developers of Crysis) utilizing the CRYENGINE to offer a realistic, Oculus-exclusive climbing title.

Cloudborn takes the basic gameplay aspects of The Climb and tries to take it in a new direction by offering a larger-scaled world with stylized cel-shaded graphics reminiscent of titles like The Legend of Zelda: Breath of the Wild or Wind Waker. Its main two game mechanics revolve around climbing itself, as well as jumping and swinging from vines to encourage high-mobility exploration within its world. Like The Climb, stamina is a constantly-depleting resource that must be managed, or users risk experiencing a very frightening fall to their deaths in first-person.

Where Cloudborn sets itself apart from The Climb besides art style, story and the amount of content on offering is currently unclear. The game seems to have quite a lot of potential, though, potential that becomes clear when compared to its closest existing predecessor. Gameplay impressions thus far seem to indicate that the game is fairly fun, but buggy and lacking polish- this is normal for an Early Access game.

While no gameplay aside from trailers is available for Cloudborn, there’s plenty of there for The Climb. Here’s an example of the latter being played (skip to the 1 minute mark).

If this title interests you, we highly recommend checking it out on Steam and considering supporting the developer if you’d like to see it grow. For a complete title offering similar gaming experience, check out The Climb as well.