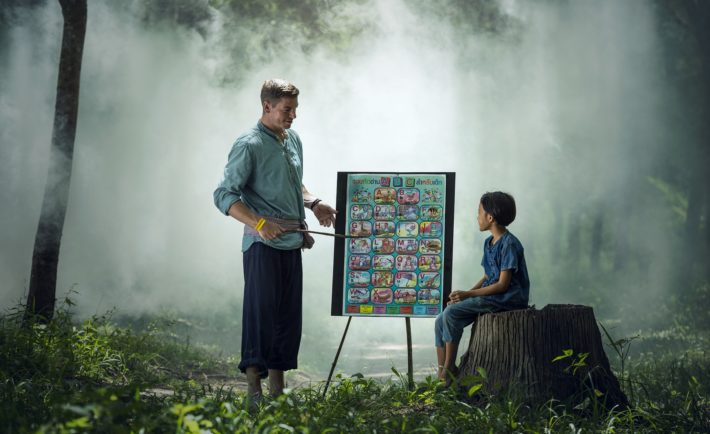 Technology is set to play a vital role in helping the 263 million children globally who are not in school, delegates at the annual Headmasters’ and Headmistresses’ Conference (HMC) heard.
Mark Steed, the director of Dubai private school Jess, said the format was already being used by some teachers to offer global internet-based seminars, earning millions of pounds in the process. He pointed to a Korean teacher who offers online lessons on “cramming” learning and made $8m (£6m) in one year.

Teachers in the Middle East , Egypt and UAE have shown a particularly keen interest and they are “very passionate” about using this technology.

In Singapore, pupils from West Spring Primary School had already the opportunity to visit an offshore fish farm, a dairy farm and the National Gallery – right from their classroom during a social studies lesson, thanks to VR.

The pupils were whisked away virtually to various locations in Singapore in under an hour, by donning VR headsets which displayed a 360-degree VR video. The clip allowed the pupils to look around in all directions as if they were physically there, with educational facts being taught by a virtual guide.

Among the other applications available for students and their professors, is Google Expeditions, which has been used by over one million students in the UK as part of their Pioneer Program, and another one million children globally.

“It’s basically a personal field trip app,” says Ben Schrom, product manager of Google Expeditions. “It facilitates the teacher taking his or her students on a VR trip to a place or set of different places,” he said of the app that’s free to download on iOS and Android.

There are a number of other ways VR is being used for education. Titans of Space, for example, is a resource for teaching students about the solar system, by which they can virtually tour the planets as astronauts.