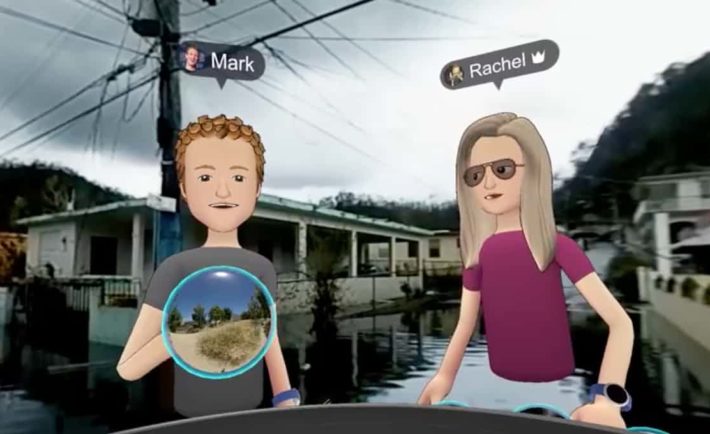 The Facebook CEO conducted a brief, live 360-video broadcast in which he and Facebook’s head of social VR Rachel Franklin promoted the company’s upcoming Oculus Rift developer conference while also talking about the company’s humanitarian efforts.

Cartoon avatars make plenty of sense for the typical use of Facebook Spaces, which is mostly just meant as a digital hangout spot for early adopters of the Oculus Rift. But not everyone seem to approve that kind of way to discuss hurricane relief efforts.

“It feels like we’re really here in Puerto Rico,” he said and then explained that Facebook is “very focused on trying to help out in the recovery effort,” adding the site launched its safety check and community assistance features, as well as promoted fundraisers and dispatched employees to help re-establish connectivity. He added it was also partnering with the Red Cross to build population maps with satellite imagery to help direct rescuers and aid workers to areas where resources were most needed.

After taking some questions from the audience, the pair made their final trip to Zuckerberg’s living room, where their avatars were placed in a 360-video with a giant Beast (his dog).