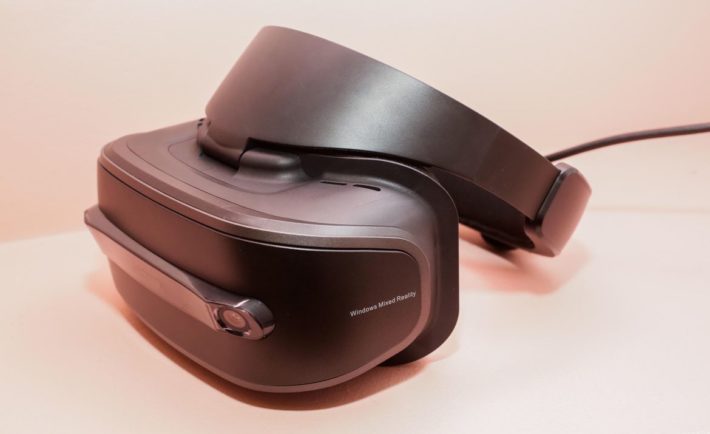 Microsoft is trying to nudge laptop and deskbound computers to interact with the three-dimensional world.

The company on Tuesday started rolling out its latest bundle of updates to the Windows 10 operating system with features clustered around a bet that people will use their PCs to experience 3-D virtual worlds.

Dubbed the Fall Creators Update, the package will make its way in waves to the more than 500 million Windows 10 users starting this week. Business users have the ability to delay updates.

This technology “will forever unleash the creativity of people and organizations around the planet,” Alex Kipman, a Microsoft technical fellow working on Windows Mixed Reality, said during an event last month in San Francisco. He also added that Windows, combined with these companies’ devices, is “a perfect pairing and an unrivaled experience.”

Instead, Microsoft’s aim is to keep supporting a mobile variant of Windows 10 and “push the boundaries of what is a PC,” he said.

Experiencing mixed reality with the Windows 10 Fall Creators Update doesn’t necessarily require a new headset. Included in the system software is a Mixed Reality Viewer which uses the PC camera to display 3D objects over a user’s surroundings. The 3D technology also appears in Office by allowing Word and PowerPoint users to insert interactive 3D objects into their digital presentations and documents.

VR Games like Arizona Sunshine and Superhot VR are available today, alongside a Halo Recruit VR experience. Apps like Littlstar and Sliver.TV are also part of Microsoft’s Mixed Reality launch. Most of the games will come with SteamVR support. Microsoft is working with Valve to support this in Windows Mixed Reality, but this won’t be available in beta until the end of the year. If you’re opting for Windows Mixed Reality right now, you’ll be limited to the Microsoft Store and Microsoft’s built-in Windows 10 apps for now.