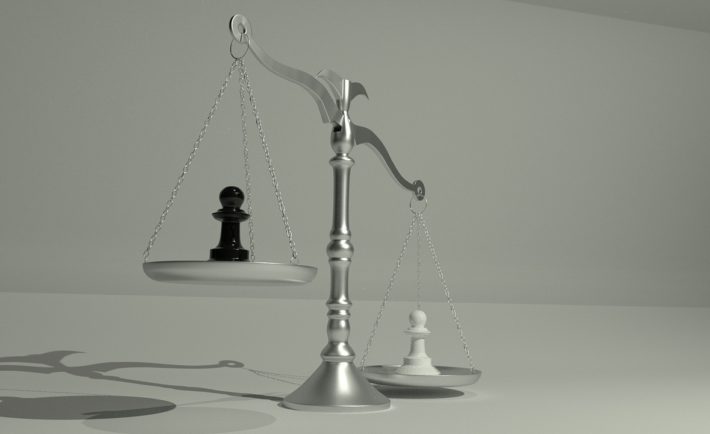 An assistant professor of social work at Columbia University, Cogburn and her team have been creating a project named 1000 Cut Journey in collaboration with Stanford’s Virtual Human Interaction Lab, which is led by Jeremy Bailenson.

According to Endgadget, this is the first time showcasing at the Brown Institute for Media Innovation. With the use of an HTC Vive virtual reality headset users are put in the body of a black man, Michael Sterling, at four different stages of his life. Titled in reference to the gruesome torture method of death by a thousand cuts, each scene in the experience is a composite of real-life stories, garnered from the media and personal accounts, that reveals the myriad ways race infiltrates one’s quotidian experiences.

Essentially, it’s a first-person simulation of the racism faced by a black male, for non-blacks to experience temporarily.

“Try walking in my shoes” now gets the real connotation. It is aknowledged that if people got the chance to physically experience their own body with different skin colors (or ages and sexes), their unconscious biases against other racial groups could be diminished. The experience of “living” in different skin triggers sensory signals in the brain that allow it to expand its understanding of what a body can look like.

There’s been a lot of talk in recent years about using virtual reality to foster empathy, so it was appropriate that Google VR venture focuses on racism and racial identity. The 360-degree video looks at the experience of Dezzie, a UX Designer working for Google in Paris, who talks about how everyday racism and racial bias affects her life. Google Immerse VR is devoted to exploring the nuances and complexities of race, diversity and identity.

It’s clear that there is no one simple way to tackle an issue as complex as racism. Until researchers find that reducing an innate bias can be reproduced and sustained, an awareness of it seems a crucial first step.
And while its use outside the lab may be some way off, scientists say that virtual reality provides a stepping stone towards increased empathy with others in the real world.