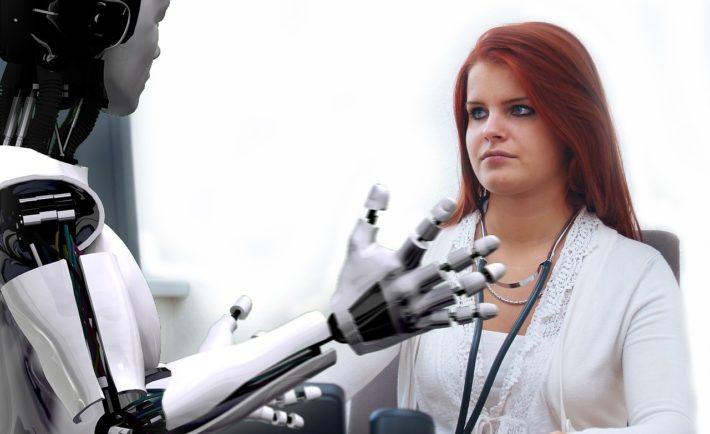 “This is a revolutionary time for global manufacturing,” said Patrick Sobalvarro, Veo’s CEO and co-founder. “For more than 100 years we’ve been using machine tools that are unaware of their users and unable to respond to them intelligently. Bilal Zuberi and Andy Wheeler saw from our first conversations an opportunity to make a step change in manufacturing to fluid, intelligent, highly flexible and productive environments where humans and machines work closely together, each doing what they do best.”

For Sobalvarro, the former president of Rethink Robotics, the eureka moment was discovering that what his previous company’s industrial customers really wanted weren’t small robots that worked the assembly line, but a way for the massive, giant, deadly industrial robots already installed in factories to be able to work with humans more effectively.

“We can override the controls on that robot and allow it to behave in a responsive way to the presence of a human,” says Sobalvarro. “That’s different from what happened in the previous generation of collaborative robotics.”

“There is a significant market opportunity for intelligent software that enables safe interaction between humans and machines in industrial environments,” said Andy Wheeler, General Partner at GV. “With the founding team’s deep understanding of manufacturing environments and extensive technical expertise in sensor technology, robotics and artificial intelligence applications, Veo is well-positioned to have a meaningful impact on the industrial robotics industry.”