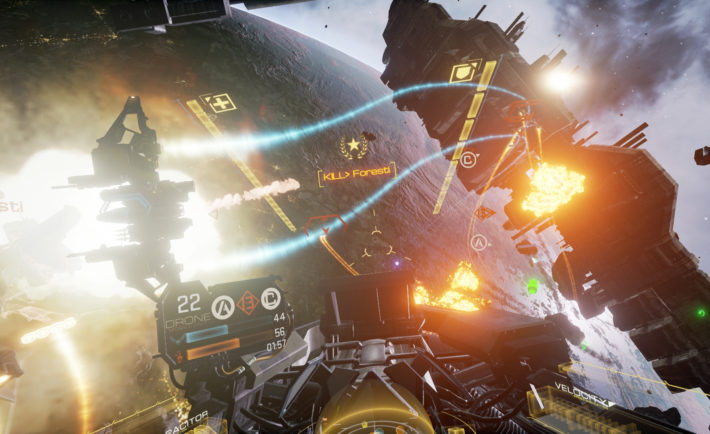 Developer CCP Games has significantly cut the time and money it is investing in virtual-reality based games.

A VR studio in Atlanta is being shut down, while another in Newcastle, UK, is being sold off. The latter spearheaded the development of EVE Valkyrie. About 30 jobs are being lost during the restructure, and staff has been given “severance packages” and a promise that company would help them find other work. A potential buyer had been found for the Newcastle office, said CCP, adding that negotiations over the sale were continuing.

“EVE Valkyrie” is played by a loyal fan base around the world and it is hailed as one of the best VR gaming experiences. It was the game Oculus used as a demo for the Crystal Cove version of its development kit in 2014, before Oculus was acquired by Facebook.

Other VR games developed by CCP include “Sparc” and “Eve Gunjack.”

In a statement sent to GamesIndustry.biz, the company explained, “CCP Games is restructuring its studio locations worldwide, driven primarily by reduced investments in virtual reality and an increased focus on PC and mobile games. This has resulted in a reorganization and centralization of its five studios across the world to three in Reykjavík, Shanghai, and London.

“In the coming weeks, CCP will undertake the following proposed measures: The closure of its Atlanta studio with VR development moved to London, the sale of its Newcastle studio, and the elimination of a number of positions worldwide. The company´s Shanghai studio will be reduced and refocused to support growing business in China through local partnerships. CCP has provided severance packages and job placement assistance for all those affected.