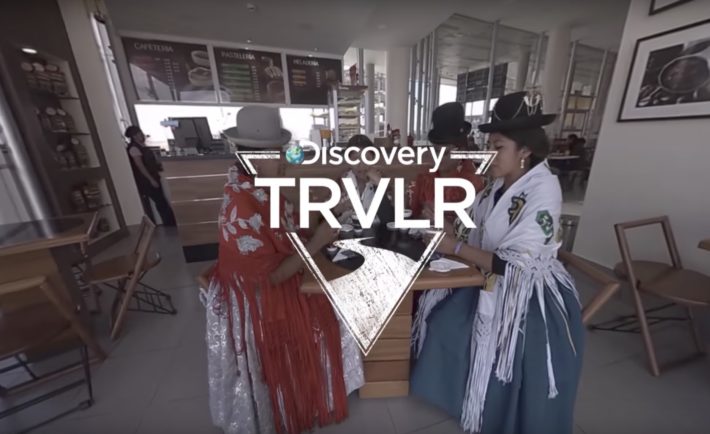 This past Friday, Discovery Communications and Google launched the first chapter of Discovery TRVLR, a collaboration that they herald as a “groundbreaking new immersive series,” which aims to provide a 360-degree cross-cultural experience.

This new content is viewable by using the Discovery VR app. The app supports a range of mobile and VR platforms, including the new Google Daydream View headset and Google Cardboard.

To date, the app has been downloaded over four million times.

Each new chapter of Discovery TRVLR will explore a different continent, and immerse viewers in the rituals, traditions, quests, and environments of those regions. A total of 38 episodes will be released: six each from North America, South America, Asia, Africa, Europe and Australia, and two from Antarctica.

“Discovery’s viewers look to us for innovation and expect to be taken places that satisfy their desire for exploration and adventure,” said Rebecca Howard, SVP Emerging Platforms and Partnerships, Discovery VR.

“Like Discovery, Google’s VR team shares a passion for VR storytelling and we are thrilled to partner with them on ‘Discovery TRVLR,’ our most ambitious endeavor to date.”