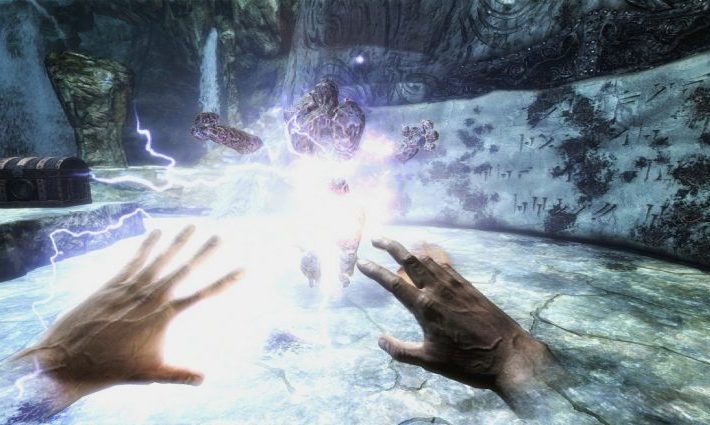 Those looking for a hotly-anticipated VR experience and a complete VR hardware bundle may be in luck on or after November 17th: according to Sony, not only will that date mark the release of The Elder Scrolls V: Skyrim VR, but the title will also be made available with a hardware bundle.

The PlayStation VR Skyrim VR Bundle will include the PS VR system, a PlayStation Camera, two PlayStation Move controllers, and a PS VR Demo Disc containing samples of 13 PS VR titles. US pricing is $449.99, while Canadians will pay $579.99 CAD.

Incremental upgrades will also be rolled out with this hardware release. This includes a revised design that offers a thinner connection cable and integrates stereo headphone cables into the VR headset.

The bundle is already available for pre-order.

The VR variant of the widely popular The Elder Scrolls V: Skyrim, the new title was announced at Sony’s E3 2017 press conference in June. While gameplay is essentially the same in both variants of the title, the experience is much more immersive in the upcoming release, offering a truly first-person perspective.

Sony is pitching the new title to both longtime Skyrim fans and those new to the series. “We simply can’t wait for PS4 gamers to experience it like never before,” the company said on the official PlayStation blog.

“For those who are longtime fans of the game, Skyrim VR will transport you right into the game’s epic world. For those who have yet to play Skyrim, you are in for massive treat.“

An HTC Vive version of the title is expected to be released sometime in 2018.