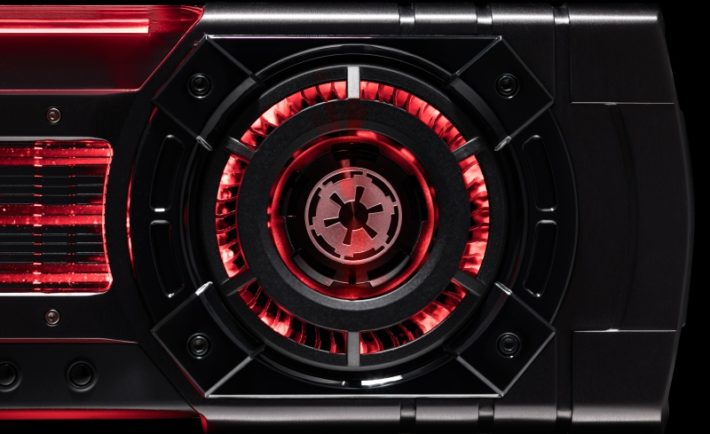 This equates to 12TFLOPs of processing power — more than sufficient for highly-demanding applications at the highest detail settings, and well-suited for VR use cases (such as the Trials on Tatooine VR experience).

But, besides high performance is a commitment to style, with the cards mirroring the light side vs. dark side opposition of Star Wars.

The Jedi Order GPU, according to NVIDIA “simulates the wear and tear and battle-worn finish of many items used by the Rebel Alliance.” This is accomplished during manufacturing by spraying the GPU’s diecast aluminum cover with a corrosive salt spray.

Those who prefer the Galactic Empire™ can choose their own GPU variant, which echoes the design esthetics and “orderly nature of the resource-rich Empire.”

The new cards will be available in mid-November, with GeForce Experience users having exclusive pre-order access.

Pricing is set at $1,200 USD. The products will be available in only the US, UK, Germany and France.