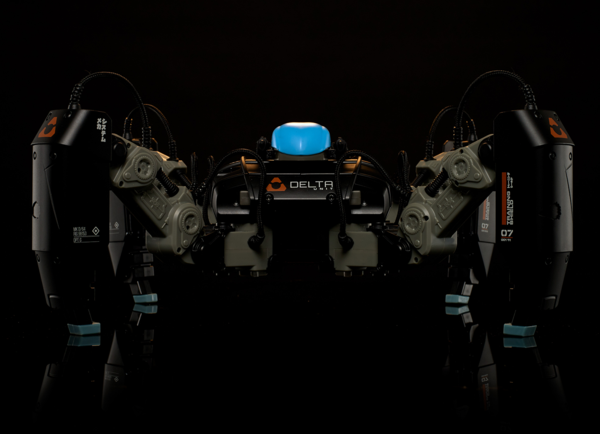 Bristol-based start-up Reach Robotics will announce today that it’s won a crucial deal with Apple which will see the US technology giant promote its MekaMon robot in its stores and online in the run-up to Christmas.

The robots are upgradable and customizable with detachable legs, shields, and weapons. They feature four IR sensors, so the robot can measure distance and location and also accurately track and attack opponents. The robot can also flip on its back and stabilize rather quickly. Each robot weighs around 2.2 pounds, with a dimension of 11.8 x 11.8 x 5.9 inches. The toy connects to the smartphone app through Bluetooth, and other robots via infrared signals. The battery life is a bit limited, though: you’ll only get about one hour of play before it needs to be recharged.

With the built-in augmented reality support, gamers can choose to play with their MekaMon robots either in the real world or using augmented reality. Once a battle is engaged, MekaMon is able to move and use objects in the room like tables, chairs, and more to block attackers .

“We’ve created an entirely new video gaming platform,” said Silas Adekunle, CEO of Reach Robotics. “MekaMon straddles both the real and virtual worlds while taking the gaming experience beyond a player’s screen and turning their sitting room into a limitless robotic battle zone. MekaMon represents a quantum leap forward in the leveraging of augmented reality. Players can whip out their smartphone to battle their multi-functional, connected battlebots in the physical and virtual worlds at the same time.”