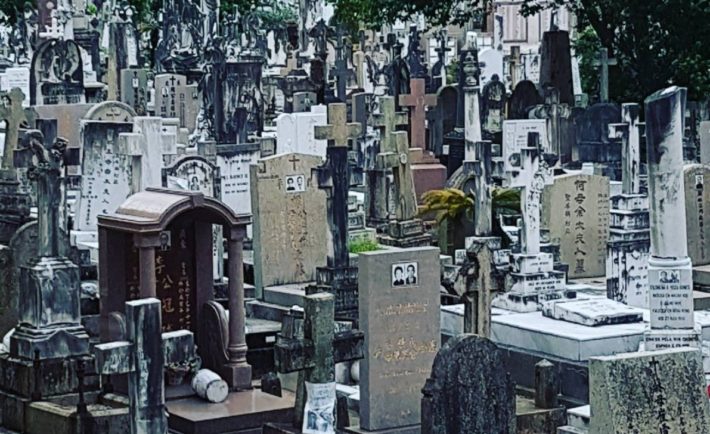 A lack of space for cemeteries in crowded Hong Kong clashes with the age-old Chinese tradition of reverence for one’s ancestors, according to Reuters.

Enterpreneur Anthony Yau’s firm, iVeneration.com, offers users the ability to create virtual headstones anywhere in an augmented reality landscape of Hong Kong, including such unlikely places as a downtown park. In that way, it’s possible to save  up to $130,000 in burial services.

The idea is that residents get the ability to pay their respects digitally using VR & AR technology. Users will be able to create virtual headstones of their departed loved ones and place them anywhere within augmented environments based around Hong Kong.

“The dead are taking so much more space than those who are still alive, as those buried use that piece of land for many years,” said Yau.  The point also lays in educating the next generation on filial piety, no matter how someone shows it, “as long as it comes from the heart,” Yau added. “We think the next generation might use these services for their parents.”

Alex Lee, a 46-year-old employee of a technology company, uses iVeneration to pay his respects to his departed grandfather.

“Everyone is aware the lack of land is a problem in Hong Kong and the government has been encouraging green burial,” said Lee, as he leafed through an album of family photographs.

“For me, you don’t have to go to a thing to remember those passed away, it’s all in your heart.“