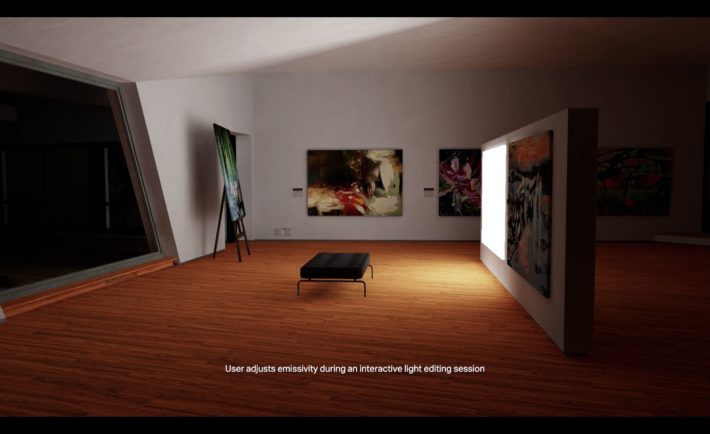 A pair of computer scientists from Aalto University in Otaniemi, Finland, will soon present a new approach to computing real-time lighting effects that represents a major improvement in both efficiency and accuracy over existing methods.

The new technique was developed by Ari Silvennoinen, a PhD candidate in computer science and Jaakko Lehtinen, an associate professor of computer science and scientist at NVIDIA. They pair will be presenting their research at the ACM’s SIGGRAPH Asia 2017 conference in Bangkok this week.

Current lighting approaches in games and VR environments are computationally intensive, particularly if software attempts to perform pixel-by-pixel computation of all light paths in a given scene.

“Real-time dynamic global illumination remains a big challenge in the field. The challenge stems from the fact that, given a scene, any two points in the scene could be in interaction by participating in the light transport from one another,” explained Silvennoinen, who also works at the video game development firm Remedy Entertainment.

“The number of these interactions grows very rapidly. For example, with just 1,000 points, we have potentially 1,000,000 interactions.”

Silvennoinen and Lehtinen’s algorithm takes a new approach that enables it to accurately simulate indirect lighting using a small number of what they term “radiance probes.” The scale of improvement is such that the algorithm can effectively operate in real-time on 3D scenes, at the level of complexity seen in current gaming environments.

“The quality of the results, in particular the indirect shadows, is very high due to the accurate way we handle visibility between senders and receivers,” said Silvennoinen. “Our method makes high-quality indirect illumination, the Holy Grail in real-time computer graphics, practically viable.”

In addition to gaming, their algorithm also holds promise in architectural modelling applications, as well as in virtual and augmented reality.