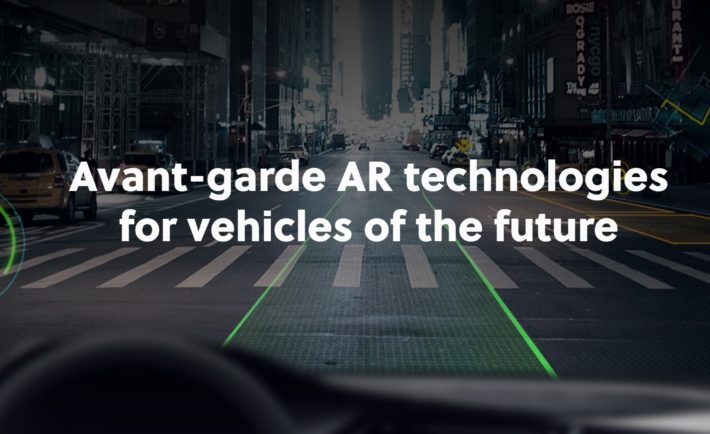 WayRay made its way into this year’s Top Ten after being selected out of over 300 applicants thanks to its innovative approach to user experience design. After making it to the Top Three alongside an impressive group of innovative startups from around the world, including Ohio-based GhostWave and Israel’s Innoviz Technologies, they were named this year’s winner of the 2017 Top Ten Automotive Startups Competition.

They developed holographic augmented-reality technologies for advanced connected cars. Its system revolutionizes the way people access information in their vehicles, utilizing the windshield as the most natural medium for delivering content with augmented reality technologies.

In March this year, they announced that they’re partnering with Banma Technologies, a startup funded by Alibaba and China’s largest automaker, SAIC Motor, to develop a new car navigation and infotainment system. The result is WayRay’s Navion, an augmented reality heads-up display for drivers that will be built into one of SAIC Motors’ 2018 models, the company said. That will make it “the world’s first vehicle in production with a holographic AR head-up display,” according to the company.

The given award included $15,000 in prize money and several other perks. Microsoft offered $40,000 worth of cloud storage on their Azure cloud and consulting services. Nvidia gave the company one of its new Nvidia Drive PX 2 AI car computing platforms, which the company has said holds enough computing power to enable full self-driving capability.