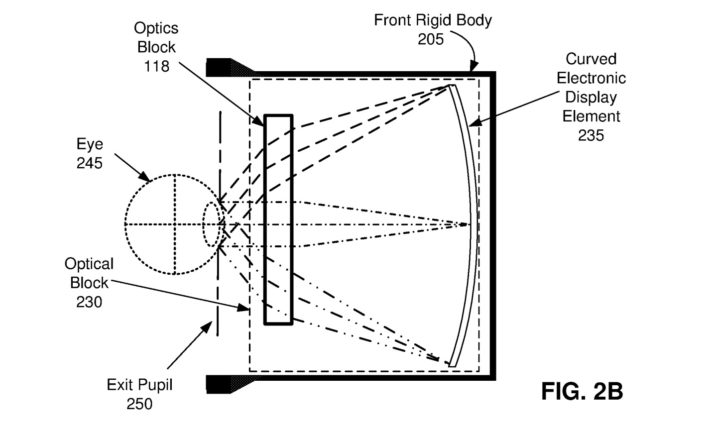 According to multiple sources, Oculus has filed a patent application for a VR headset that uses curved displays. The application was filed in August, but was published by the WIPO at the end of November.

Although it is unclear whether the patent will be granted, and additionally unclear as to when a curved-display Oculus headset may be manufactured, the technology would help resolve a number of issues with VR headsets using conventional flat displays.

Moreover, the Oculus patent application indicates this new headset design would include what is referred to as a “fiber optic taper” — essentially a magnifying component. This could conceivably allow for a wider field of view.

Other possible improvements as a result of using this technology could include more efficient use of space within the headset, in turn leading to smaller overall form factor.