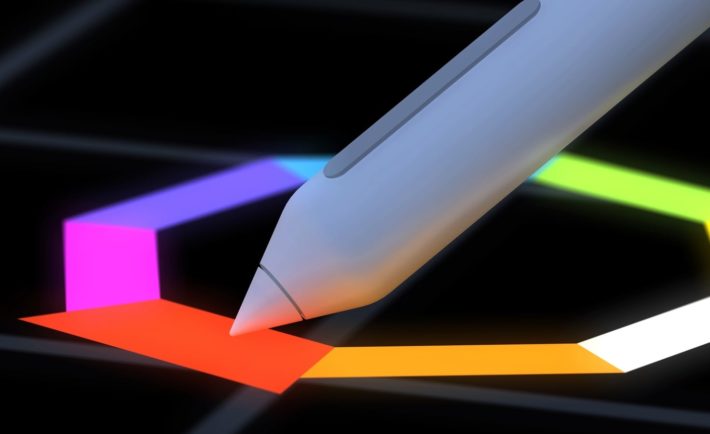 A seemingly impressive VR development that came out of “stealth mode” this week remains short on details.

Drawboard, which according to its Twitter account is based in San Francisco, appeared rather suddenly on the web last week.

Its website is seeking pre-orders for a pen to be used in VR, offering features such as six degree-of-freedom, sub-millimeter tracking; 512 levels of pressure sensitivity; USB charging; and tactile feedback. The pen apparently “works with Windows Mixed Reality headsets or Rift/Vive via Leap Motion,” and will be available in a “limited production run” in early 2018.

However, the current state of the product’s development is unclear, as is exactly who is behind it.

Despite using the name Drawboard, the product has no affiliation with the identically-named, well-known manufacturer of the collaborative PDF software applications Drawboard PDF and Bullclip.

Moreover, although our e-mail inquiry to the Drawboard VR team was not responded to, we did uncover a recent post duplicated on several VR community forums announcing the project.

In that post, a user named “alexdrawboard” showed an initial prototype — seemingly a pencil with a ball of reflective tape on the end.

Although they claim the current prototype is “a lot more complicated,” it does appear substantial development is yet to be completed.

In addition to seeking ideas for applications beyond a VR whiteboard, they also seem to be in need of development assistance: “I have some funding to work on this idea so I’m looking for people that want to work on this with me. If you have hardware, computer vision, or game engine experience, send me a message,” the post reads.