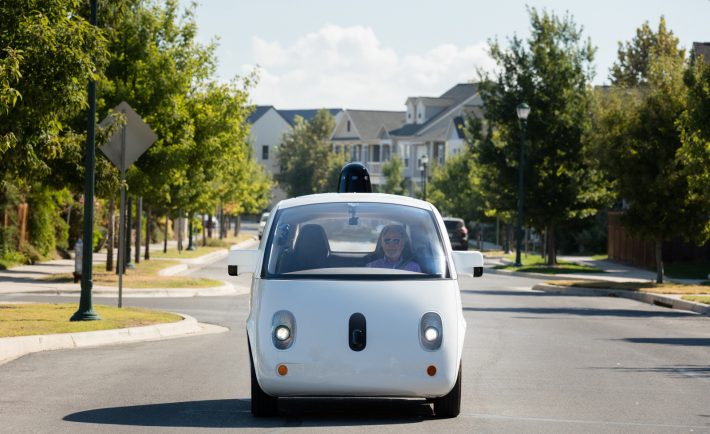 Last week Intel CEO Brian Krzanich revealed that his company supplies processors and other hardware to Waymo, and that Intel would like to continue working with the former Google self-driving car project. The Intel components are used in Waymo’s Chrysler Pacifica Hybrid minivans, which recently replaced a fleet of small pod-like electric cars as Waymo’s frontline test vehicles.

The $15.3 billion acquisition of Mobileye could strengthen Intel in the self-driving vehicle space to offer a variety of items related to self-driving vehicles. These products include cameras, machine learning, sensor chips, roadway mapping, cloud software, and in-car networking.

Waymo has a hardware program for sensors, autonomous decision-making, pathfinding, and more. Intel chips are expected to help Waymo execute its computing capability.

In a press release CEO Krzanich said the company is capable of supplying processing power for Level 4 and Level 5 autonomous vehicles. On the Society of Automotive Engineers (SAE) autonomous-driving scale, Level 4 denotes a car that is fully autonomous in most situations, but may require human assistance at times. Level 5 cars are all-autonomous all of the time, completely ditching steering wheels and pedals.

“With 3 million miles of real-world driving, Waymo cars with Intel technology inside have already processed more self-driving car miles than any other autonomous fleet on U.S. roads. Intel’s collaboration with Waymo ensures Intel will continue its leading role in helping realize the promise of autonomous driving and a safer, collision-free future” said Krzanich.

At this point, more than 20,000 unique scenarios have been modelled at Waymo’s private test facility, which includes such rare and unlikely events as “people jumping out of canvas bags or skateboarders lying on their boards.”

For comparison, Uber’s self-driving efforts only just reached a million miles driven in September, putting the ride-hailing app company significantly behind in the experience stakes.