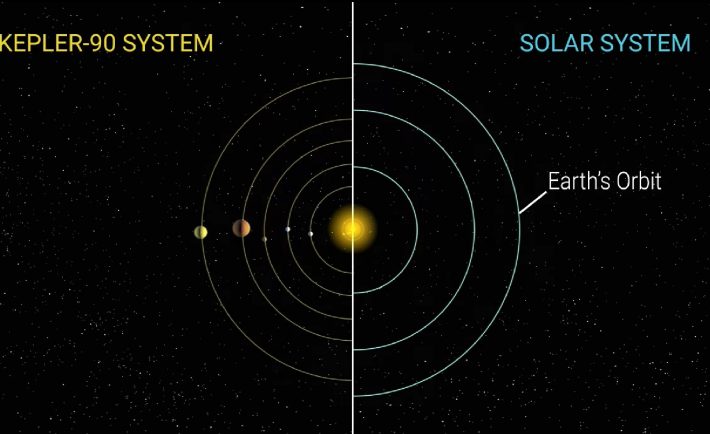 The Kepler space telescope was launched in 2009, and, since then has produced more than 30,000 signals measuring light from stars to search for possible planets in distant parts of the galaxy. With a little help of telescopic data, astronomers have found more than 3,500 planets, up from 329 known before the Kepler mission. Now artificial intelligence is helping to find even more.

Last week, researchers from Google and University of Texas at Austin Christopher Shallue and Andrew Vanderburg, announced that a machine-learning algorithm had discovered two new planets, Kepler 80g and Kepler 90i. Shallue, a senior software engineer with Google’s research team Google AI, came up with the idea to apply a neural network to Kepler data. He became interested in exoplanet discovery after learning that astronomy, like other branches of science, is rapidly being inundated with data as the technology for data collection from space advances.

“In my spare time, I started googling for ‘finding exoplanets with large data sets’ and found out about the Kepler mission and the huge data set available,” said Shallue. “Machine learning really shines in situations where there is so much data that humans can’t search it for themselves.”

While this isn’t the first time machine learning has been used in searches of Kepler data, it marks a promising shift in how researchers sift through data, according to NASA.

“Our solar system now is tied for most number of planets around a single star, with the recent discovery of an eighth planet circling Kepler-90,” NASA said in a statement adding that Kepler-90i is 30 percent larger than Earth, and has a surface temperature of approximately 800 degree F (426.6 degrees Celsius). It also orbits its star every 14 days.

“Just as we expected, there are exciting discoveries lurking in our archived Kepler data, waiting for the right tool or technology to unearth them,” said Paul Hertz, director of NASA’s Astrophysics Division in Washington. “This finding shows that our data will be a treasure trove available to innovative researchers for years to come.”