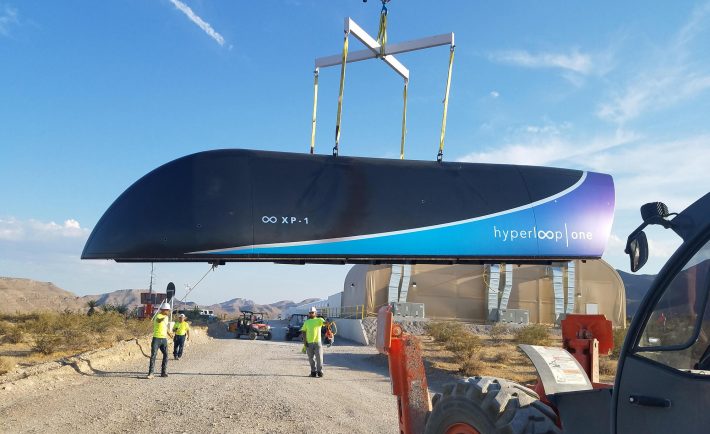 In October, we wrote about Sir Richard Branson’s Virgin Group has invested an undisclosed amount in Hyperloop One, the frontrunner of a number of companies competing to bring Elon Musk’s futuristic vision of a magnetically-propelled high-speed transport system to life.

Now, however, it is confirmed that the company got a lifeline in the form of $50m from Russian and Dubai investors.

“This investment provides Virgin Hyperloop One with a very robust financial platform for 2018,” chief executive Rob Lloyd said in a statement. “Our focus in 2018 will be on accelerating commercial agreements for both passenger and cargo projects.”

The Los Angeles-based start-up also named investor Richard Branson chairman. Branson’s company has invested a unknown sum in the company, which renamed itself Virgin Hyperloop One in October.

Current investors Caspian Venture Capital and DP World surely helped Virgin Hyperloop One who was running out of capital and around 300 employees were at risk of losing their jobs if more funding.

The company already confirmed Branson is its new chairman in a press release. It also announced a new speed record of 387 kilometers per hour (about 240 MPH) and also confirmed the $50 million in funding that was previously reported.

“I am excited by the latest developments at Virgin Hyperloop One and delighted to be its new Chairman” said Branson. “The recent investment by our partners Caspian Venture Capital and DP World sets up the company to pursue opportunities in key markets in the Middle East, Europe, and Russia as it develops game changing and innovative passenger and cargo ground transport systems.“

According to Virgin Hyperloop One, the December speed tests not only saw a record speed run that broke the company’s previous best of 310 km/hr (193 mph), but included trials of a new airlock system to allow the pods to move between the 500 m (1,600 ft) evacuated tube and normal air pressure, as well as the electric motor, controls and power electronics, magnetic levitation and guidance, and pod suspension systems.