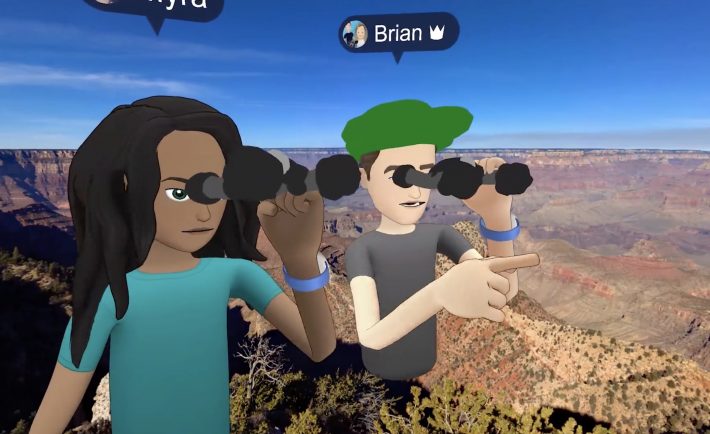 Facebook has brought its beta social VR app, Spaces, to users of the HTC Vive. First announced in April, Spaces had previously only been available to users of the Oculus Rift.

Spaces is among a handful of apps that combine social media with an immersive VR experience. Using the app, users can meet in VR; go Live; play games; make video calls; and create and share 3D objects, videos, and photos.

These features are identical to those available to Rift users. Interestingly, however, the Spaces app is not available via the Steam store, and is instead being offered for direct download via Facebook’s website.

“VR is such a powerful way to feel present with the people you care about when you can’t physically be together,” explained Facebook’s Head of Social VR, Rachel Rubin Franklin, in a post announcing HTC Vive support for Spaces.

“With Facebook Spaces, we’ve always been committed to bringing the power of social VR to as many people as possible, across platforms and devices,” she continued.

The company also plans to expand the reach of Spaces with new hardware.

“This is our first expansion onto a new platform, but it’s only the beginning: We’re working to bring Facebook Spaces to even more VR platforms and devices in the future,” said Franklin.