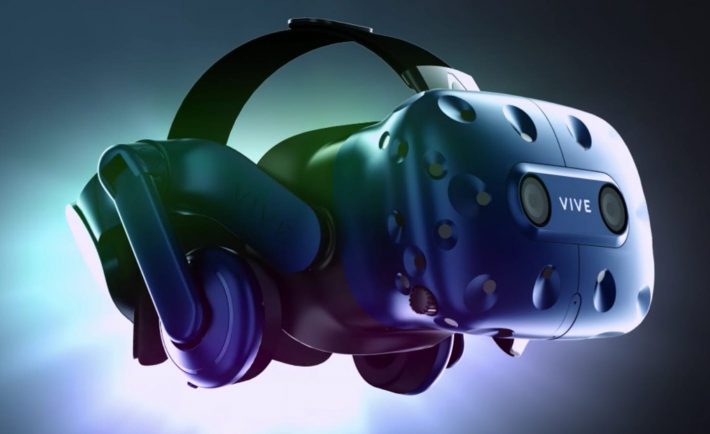 Thanks to their critically-acclaimed Vive headset, HTC became one of the biggest names in virtual reality two years ago. The Vive Focus, a standalone headset, was announced in 2017 but didn’t quite satiate people’s hunger for a Vive successor. Fortunately for the world of VR, HTC is pulling out the big guns at CES 2018 with the new Vive Pro.

The biggest improvement from the Vive to the Vive Pro is in the display. The original HTC Vive boasted a 2160 x 1200 resolution with 1080 x 1440 per-eye. The Vive Pro’s display comes in at a whopping 2880 x 1600 resolution, with 1440 x 1600 per-eye. This almost entirely eliminates issues like individual pixels being visible, and the “screen door” effect.

Aside from raw specs, there are also plenty of other improvements.

The new headset includes built-in headphones out of the box and an overall lighter, more comfortable form factor. The improvements in ergonomics are important for maintaining user comfort in long-term play sessions and are a welcome change for VR enthusiasts. The oft-forgotten front camera on the original Vive now has a partner, creating a dual-camera stereoscopic setup. Whether devs will actually make use of this camera array, however, is unknown.

So far there’s been no word about the price point of HTC Vive Pro. But if “Pro” denomination is any indication, it may turn out to be pricey.

That being said, hands-on impressions on the show floor are positive thus far, and HTC seems to be bringing out the big guns at CES. For those of you at home, what’s your take?