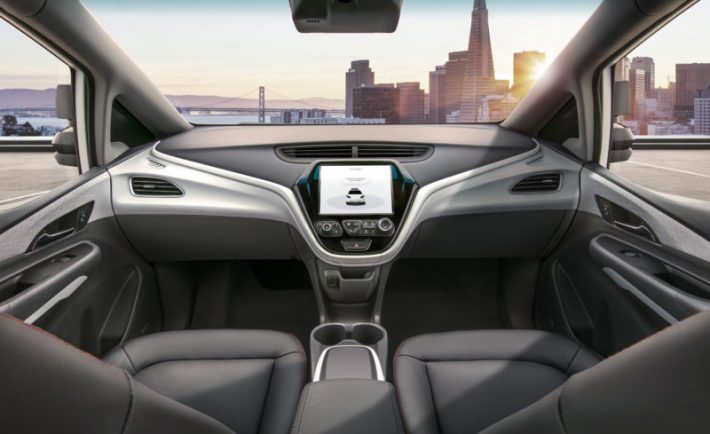 General Motors will no longer need an engineer in the front seat who was managing the robot that controlled its self-driving Chevrolet Bolt. There will be no more steering wheel and also, the pedals will be gone.

This  announcement came last week and it is more than obvious that this auto-giant got the confidence from it’s engineers. The car will be the fourth generation of its driverless, all-electric Chevy Bolts, which are currently being tested on public roads in San Francisco and Phoenix. And when they roll off the assembly line of GM’s manufacturing plant in Orion, Michigan, they’ll be deployed as ride-hailing vehicles in a number of cities.

When GM starts testing its autonomous electric sedan in San Francisco ride-sharing fleets, it’ll likely be the first production-ready car on the roads without the tools to let a human assume control.

From the company they said that already all of their self-driving vehicles use redundant systems to provide backup functionality. In a human-driven vehicle, if a system fails, we rely on an attentive human driver to serve as the backup. For example, if the power brakes fail in a conventional hydraulic brake system, the human can stop the vehicle by pressing the brake with more force than would normally be needed. In their self-driving vehicle, redundant systems provided the backup. For example, if the vehicle detects a potential crash and the primary brake actuator were to malfunction, the computers still have the ability to execute a crash avoidance maneuver by activating the backup brake actuator.