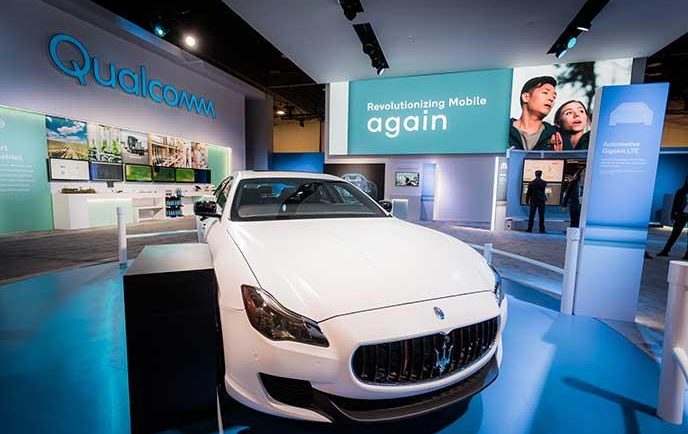 Qualcomm Inc. is set to clinch European Union antitrust approval for its $39 billion acquisition of NXP Semiconductors during the next week. The EU opened an in-depth probe into the Qualcomm-NXP deal last June concerning that the deal may lead to higher prices, less choice and reduced innovation in the semiconductor industry.

NXP has already significant presence in Austin after they acquired Freescale Semiconductor in 2015 for $11.9 billion.

Qualcomm’s commitments will now include a pledge not to buy NXP’s standard essential patents, plus assurances that the rival products will still function with NXP’s, according to one of the people familiar with the matter.

Qualcomm agreed to buy Netherlands-based NXP back in October 2016, in a deal that would make it one of the top suppliers of chips used in cars, at a time when manufacturers are building automobiles with greater computer power and self-driving models develop.
The U.S. has already cleared the deal, but the merger still faces review from other jurisdictions, including China.

In Qualcomm, they hope that the merger with NXP would enlarge the company, just as Broadcom has been angling to take it over. The final demands from Europe may appear as soon as next week, paving the way for Chinese and South Korean antitrust reviews to go along with that decision. Meanwhile, activist investors have demanded a larger price tag to make up for the opportunity cost of having funds locked into NXP’s unmovable buyout price of $110 per share.

The lack of support for the tender offer depends on this price-boosting effort in large part and may become a larger stumbling block than those missing regulatory approvals. There’s no deal until at least 80% of NXP’s shareholders take part in the tender offer, and the trend has been moving in the opposite direction almost from the start.

Broadcom, which is currently co-headquartered in San Jose, Calif. and Singapore, launched a bid in November for Qualcomm that was rejected by the latter’s board. Broadcom has since proposed replacing Qualcomm’s board of directors and the matter will be put to a shareholder vote in March.