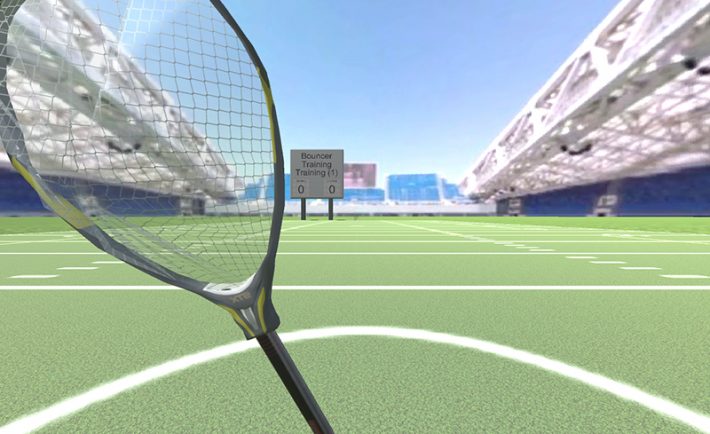 While VR training tools are already relatively commonplace for players and coaches in many professional sports, such technologies are not often seen at the high-school, college and amateur level. When it comes to lacrosse — and as VRWorld has learned, possibly other sports in the near future — that may be changing, thanks to the father and son team at Nelson Design Group.

Doug, a high school lacrosse coach with nearly two decades of experience, and his son, who is well-versed in software development, have combined their efforts to create a comprehensive lacrosse goalie practice system.

Leveraging an Oculus headset, their software allows lacrosse goalies to practice various types and velocities of shots, on-demand, without the need for a shooter and with built-in performance tracking. The aim is to provide lacrosse goalies with plenty of additional practice — something often hard to come by, even for those who use private training sessions.

Their Nelson’s product, entitled Virtual Goalie, will make its debut at 2018 US Lacrosse Convention (LAXCON) in Baltimore later this week.

The Nelsons are also keeping an eye on cost, and trying to ensure affordability.

“Our decision was to make the systems we design affordable for every athlete,” said Doug Nelson.

“Obviously, the barrier to entry right now is the cost of the hardware… Those prices will continue to drop. In the meantime, we believe the answer is for the sport organizations (elite team, middle school, high school, college, etc.) to buy the hardware to be shared among their athletes,” Nelson continued.

Improvements are also planned for Virtual Goalie. New features in the short term are likely to include new shot types, “alley dodge” training, a coach mode, and goalie position analysis.

But, lacrosse is not the only sport the Nelsons appear poised to improve with their training software; they are pursuing a patent on their technology, and exploring bringing it to ice hockey, baseball (batting and catching), and tennis (returning serves).

“The patent we filed is for training athletes in a simulated sports VR environment – across all sports, with an emphasis on athletic or reaction training,” Nelson concluded.

Virtual Goalie is available via subscription on the company’s website, www.virtualgoalie.com, at a cost of $29.99 USD per player per month.