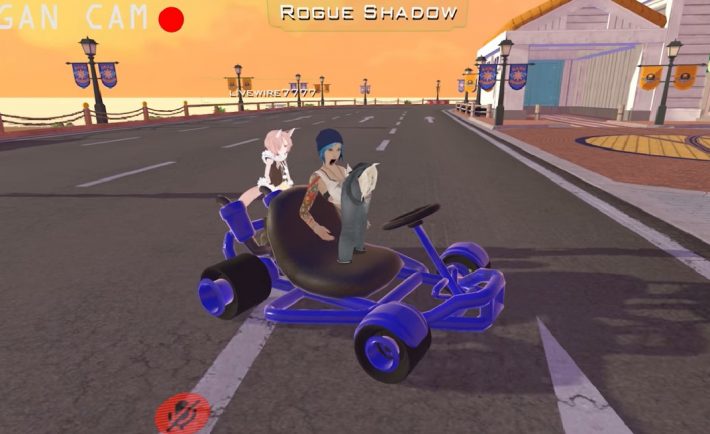 With the rising prominence of VR headsets, VRChat has become a very popular option for socializing among virtual reality users. It can also be used by non-VR users, which helps expand the audience of potential players (even if their experience is more limited).

VRChat is a virtual reality application, akin to Second Life, where users can create their own avatars and interact with each other in VR

Which makes the incident like those depicted above very interesting. If you don’t have time to sit through a 17-minute video, don’t worry: we’ll give you the short version.

Basically, VRChat user DrunkenUnicyclist suddenly had a seizure. He had a full body tracking VR setup (as opposed to the usual head-and-hands), and because of this users were able to bear witness to his virtual avatar collapsing and seizing in parallel with him doing the same in real life. People were initially apprehensive and unsure how to react, but once it became clear the situation was serious, people took action.

Other users spoke with concern to DrunkenUnicyclist as we came to, and prevented the occasional troll from standing on his VR-body, standing too close or using avatars with strobing, flashing colors. They asked questions, like if this had happened before, if he could get his headset off, etc. They gave advice, urging him to hydrate, to go to a doctor. They were empathetic.

DrunkenUnicyclist was fine, but this was the first time he’d had a seizure since he was five years old. He also claimed that he didn’t suffer from epilepsy, though it’s possible that extended VR use triggered epilepsy he didn’t know he had.

This experience raises a number of questions, and as we move into a new age of virtual reality, we need to find the answers to them. Consider the following: