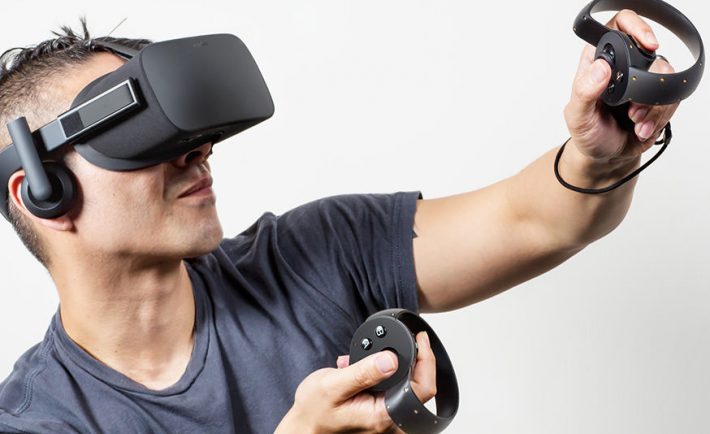 While 2016 was the year of indie VR games launching alongside the HTC Vive, 2017 saw a huge jump forward in budget as releases from major, AAA developers and publishers shook the VR scene. Now that we’ve entered 2018, it’s time to look back at the year’s top 10 VR games.

Star Trek: Bridge Crew isn’t jam-packed with content, but it does offer plenty for players to do. Like many multiplayer games, the real value in Bridge Crew comes through unique multiplayer experiences, not necessarily a flood of content. The biggest selling point of Bridge Crew is this: every popular VR headset is supported by this game and cross-platform play is possible, making it perfect for multiplayer VR.

Sairento VR boasts a slick futuristic aesthetic alongside brutal gun-and-blade combat. There’s a single-player campaign, an optional multiplayer mode and support for a number of specialized hardware configurations, like the Hardlight VR suit.

Subnautica may be in Early Access, but it offers a relaxing game of underwater survival, exploration and adventure. The game is tough, though, so that “relaxing” part won’t come easy: you’ll need to think fast and learn from your mistakes to get through this one.

A simple but fun festival of cartoonish gore, offering a wide variety of weapons to use against an endless swarm of gladiators. The gameplay sounds and looks simple, but GORN is actually one of the most-played VR games on Steam, and the big reason for this is the sheer depth in its combat.

Remember World of Warcraft and other such genre-shaking MMO experiences? With OrbusVR, the MMORPG has finally come to VR, and thus far it’s one of the best-selling VR games on Steam. Critical and fan reception is glowing, and while the game isn’t quite jam packed with hundreds of hours of content yet, what’s there is certainly worth buying into.

Time moves when you move. A great action/puzzle FPS called SUPERHOT graced gamers everywhere in 2016, and in 2017 they followed it up with a full-blown VR port. SUPERHOT VR doesn’t change too much about the original experience, but by placing it into VR, gamers are given more visceral control than ever in each of the game’s explosive combat encounters. SUPERHOT VR is the best pure action game you can get in VR, even for those with cold hands.

Project CARS 2 is an excellent driving simulator with amazing graphical fidelity and gameplay. With its VR support, it becomes even more immersive. For fans of simulators, especially driving simulators, Project CARS 2 is a great choice. However, you will need beefier specs to play this one: those playing with VR’s minimum specs aren’t reporting great performance in this title.

Bethesda brings their excellent 2015 GOTY contender to VR in its entirety. A full-blown, open-world RPG playable in VR isn’t just unprecedented, it’s a massive and addicting time-sink. If you liked Fallout 4, you’ll love Fallout 4 VR: just make sure you keep an eye on the clock.

(For those curious: Skyrim VR didn’t make this list due to a number of technical issues that weren’t fixed for VR. Also, seriously. How many times are they going to make that game?)

Resident Evil 7 was built from the ground up as a stellar AAA horror title…and also as a fantastic VR game. With these aspects combined, RE7 takes the crown for the best VR game of 2017.

What was your favorite VR game of 2017? If it isn’t on the list, let us know what it is below. If it is, which one did you enjoy the most?