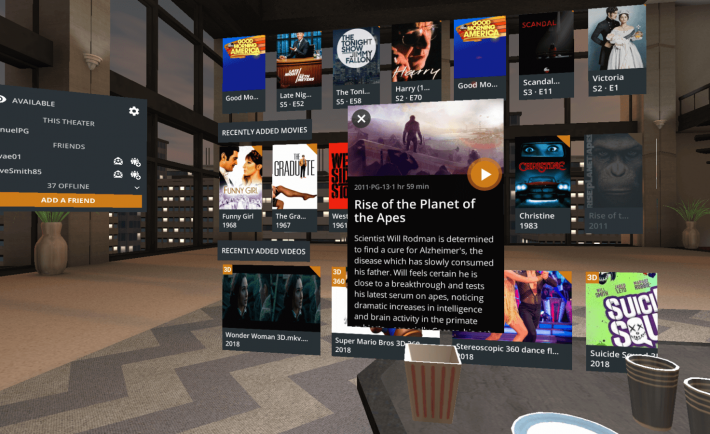 As explained on the company’s blog, the new app allows users to view Plex Media Server content while immersed in a VR environment.

Not only does this equate to a “big screen” viewing experience for video content, including 3D and 360/180 video, but it also brings real-time social features to the platform.

Those using Plex VR can join up to three friends in a virtual, “sleek” apartment or drive-in movie theater to watch the same content in real-time, while also communicating via voice chat.

While the overall concept may remind one of the cinema features available in Bigscreen, Inc.’s namesake app, Plex seems to have the advantage of a strong existing user base outside of VR, in addition to less intensive hardware requirements.

Also of note is that by choosing to support the Google Daydream platform, Plex VR may be particularly attractive to those considering purchasing soon-to-be-released all-in-one headsets using that platform, such as Lenovo’s Mirage Solo.

In terms of cost, like the company’s other software, Plex VR is free. However, additional features can be unlocked for those with a Plex Pass subscription.